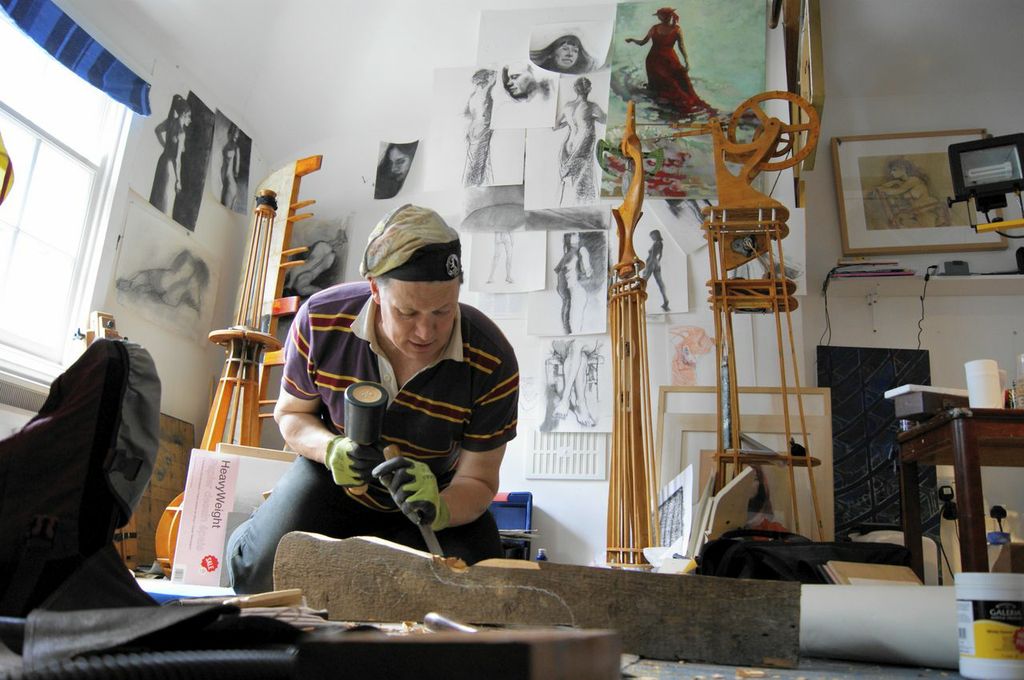 Since the late 1990s he has been creating predominantly nudes and portraiture done traditionally in oil, as well as sensitive, bold and atmospheric drawings done in a wide variety of media.

Drawing lies at the heart of his artistic practice and he works from a live model at every possible opportunity. In addition he also creates sculptures in wood, metal and felt. Most of his human-scale sculptures are informed by the human body, stilted/distopian communication, and human-mechanical interfaces.

Mark approaches each of his works as a voyage of discovery and enjoys experimenting with media and process. As a result, each of his pieces embodies a unique combination of freshness with a professional execution.