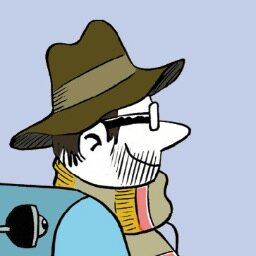 During the Folkestone Book Festival freelance journalist Rhys Griffiths ran a Young Journalist Project to encourage the next generation or writers and reviewers. Below is one of the articles by participant Sue Potter about the Book Festival event Adventures with the Wife in Space.

Adventures with the Wife in Space

THE problem with Dr Who fans is that they take it all far too seriously, and even amongst themselves they can’t seem to agree on anything.

Take the 50th anniversary special, The Day of the Doctor, which finally hit our screens last Saturday. Brilliant episode I thought, and the last five minutes practically had me in tears. Absolutely cracking stuff. Well done Steven Moffatt, and it’s not often I say that these days, but then the arguing began…

“If John Hurt’s another doctor then David Tenant’s the 11th not the tenth and Peter Capaldi (who was supposedly the 12th) is now the 13th”, the fans cried, and off they stomped to re-number all their carefully arranged dvd box sets and blog about all the plot holes they’d found.

Well, not all of us perhaps, but definitely a few, including possibly author Neil Perryman who was at the Quarterhouse, Folkestone, the next day along with his wife, Sue, to talk about what happened when they decided to sit down and watch every single episode of Dr Who from the beginning.

It took two-and-a-half years from start to finish and the fact that they’re still together and are willing to share their experiences - as recorded in Neil’s book, Adventures with the Wife in Space -speaks volumes.

So, how was it? Well, although Sue probably still wouldn’t describe herself as a fan of the show she’s not ashamed to admit that there were bits of it that were okay. Peter Davison, for example, was quite easy on the eye and Paul McGann, who played the doctor in the 1990’s TV movie, was ` fit’, even though he committed the cardinal sin of snogging his companion.

`I hated that’, said Neil, referring to the film, although the kiss troubled him a bit too, and the fact it was so Americanised and the doctor revealed he was actually half human, but mostly it was the kiss.

`He kissed a woman – that’s just wrong!’ Neil exploded, although most of the audience disagreed with him, even the children.

The Doctor is a cultural icon, Neil explained, along with the likes of Robin Hood and Sherlock Holmes and should be above `that sort of thing’. Now they’re all at it. He’s hoping that when Peter Capaldi takes over the role at Christmas he’ll bring a bit more gravitas back to the show.

Sue also admits she’s looking forward to seeing how Capaldi will play it, but having seen The Day of the Doctor, she’s a bit concerned about what direction the show’s going in.

`The way it was left it looks like he could be off in search of the most boring planet in the universe’, she said referring to the Doctor’s home planet of Gallifrey which, it now appears, was not blown up after all.

So, who were their favourite doctor(s) then? Sue, somewhat surprisingly chose Patrick Troughton and Neil even more surprisingly chose Sylvester McCoy. What about Tom Baker? Arguably THE best Doctor ever – and my all-time favourite until David Tennant came along of course.

`He was a great actor,’ Sue conceded, ‘and you couldn’t take your eyes off him when he was on screen, but he stayed too long I think and towards the end he didn’t seem to be taking it very seriously and I don’t think he deserved to be there.’

Ironic then that of all the actors who played the Doctor in the classic years who are still alive only Tom made it into the anniversary episode, but you can’t please everyone. That much I think we can all agree on.