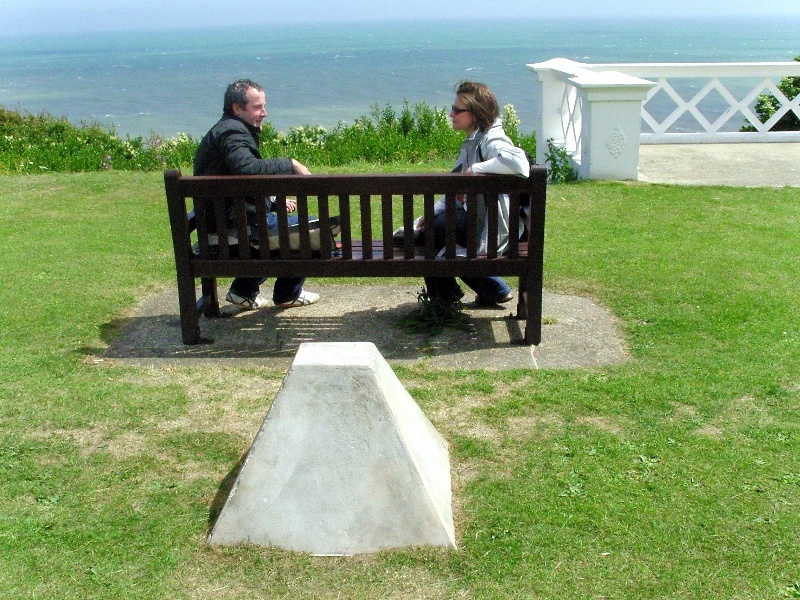 For the 2008 Folkestone Triennial French artist Christian Boltanski installed a poignant sound installation on The Leas. Thanks to the Art Fund and The Roger De Haan Charitable Trust, this emotive artwork is now returning to Folkestone in time to commemorate the 100 year anniversary of the start of World War One.

Christian Boltanski’s artwork, entitled The Whispers, consists of sound recordings of letters to and from soldiers who passed through Folkestone during the First World War. The work takes reference from the historically important role of Folkestone in the Great War, as the town was the point of departure for hundreds of thousands of soldiers leaving for the battlefields of northern France and Belgium.

The Whispers will be positioned on The Leas near the Grand Hotel and the Metropole, two significant buildings for the war effort themselves. The artwork invites you to sit on one of four benches and look across the Channel to France and listen to the letters of love, fear, hope and regret. It is an artwork that encourages quiet reflection about not only the First World War but about life as well. Each bench has a different story; two letters form an exchange from a soldier writing home to his fiancée. Another letter written by a soldier is addressed to his parents, and the final one talks of the days preceding a soldier’s travel into combat.

Christian Boltanski’s artwork will join the Folkestone Artworks as the only sound installation in the collection so far. The ever-growing collection of public artworks already includes the memorial sculpture Folk Stones by Mark Wallinger, consisting of 19,240 individually numbered stones which stand for the exact number of British soldiers killed on 1st July 1916, the first day of the Battle of the Somme.

The Folkestone Artworks team installed The Whispers on Friday 1 August in time for the memorial events on Monday 4 August. The installation of the commemorative artwork has been made possible thanks to generous support from the Art Fund and The Roger De Haan Charitable Trust. Christian Boltanski’s artwork will become the seventeenth artwork in the Folkestone Artworks collection.