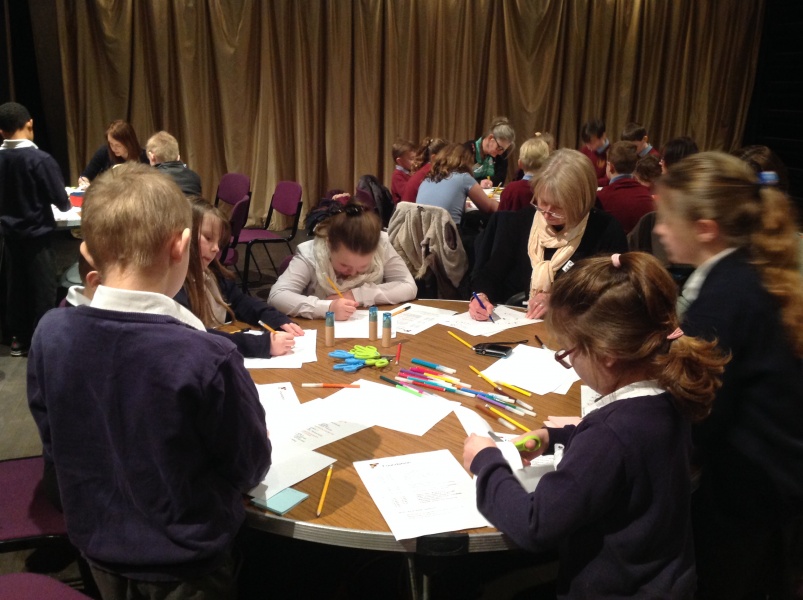 Last week, 20 Key Stage 2 pupils from St. Mary’s, Dover and Hythe Bay visited the Quarterhouse to take part in a number of artist workshops that were aimed at getting them to think and work like artists.

Pupils began the day by describing their footwear and taking part in a Shoe Swap matching activity. Then, they created their own Blank Canvas to represent themselves and ended with an object observation activity that involved them thinking creatively about how they will work with their chosen objects. They were also all given a behind the scenes backstage tour of the Quarterhouse dressing rooms and the sound and light system used for shows.

Local conceptual artist and print maker, Dawn Cole, led the creative, hands-on workshops. Children commented that the workshops ‘helped us be inspired by looking at objects and giving us ideas’. They said it was interesting and they really enjoyed it. Teaching staff thought that the workshops had given the children lots of ideas and they were really looking forward to the workshops.

This day is part of a countywide art education project, Inspired Futures, where pupils learn and work as young leaders to inspire and teach other pupils in their schools about the new skills they have learned.