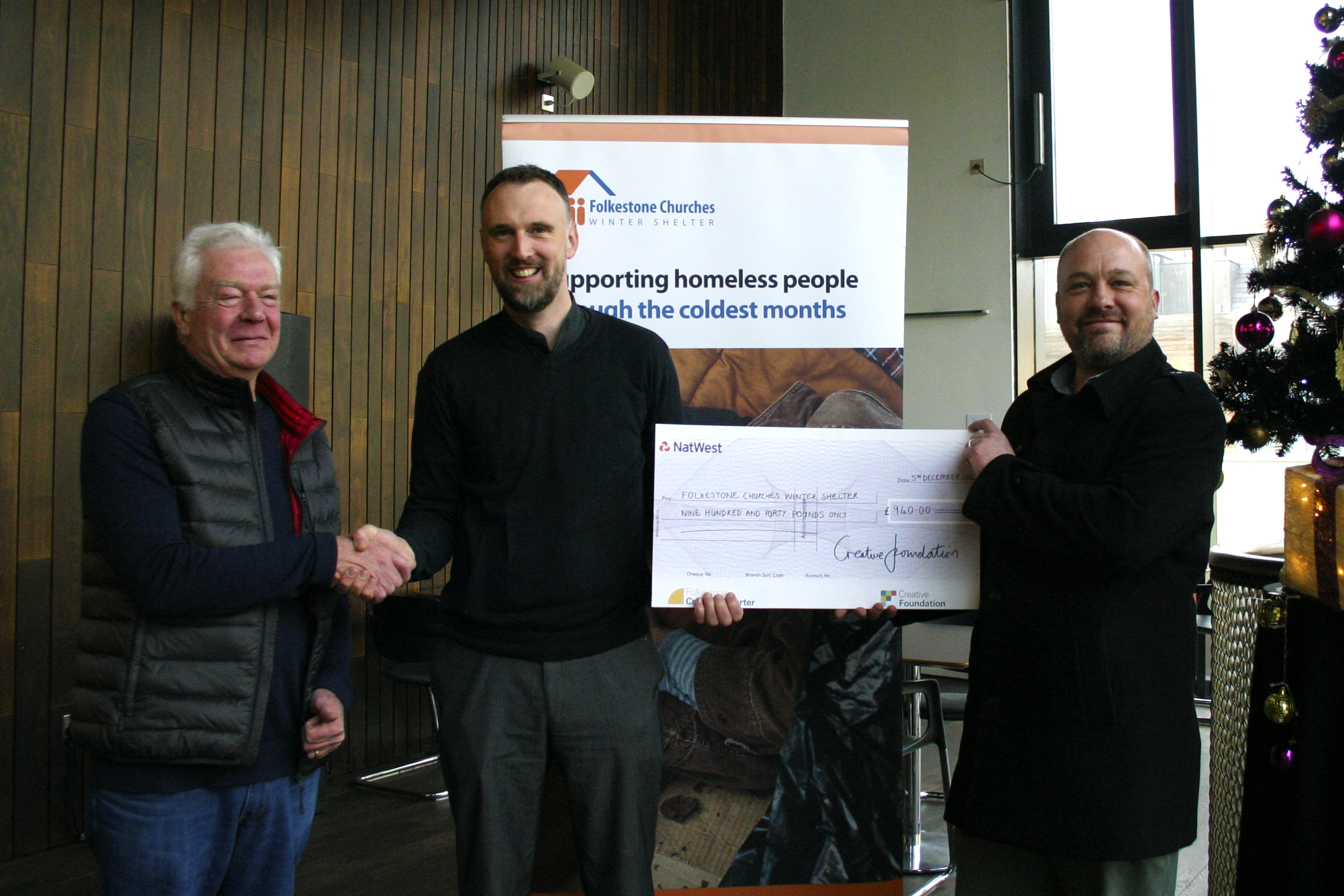 Jon Wilson is the CEO of the Rainbow Centre, which manages the town’s annual shelter.

He says: “Folkestone has the most amazing community spirit and we see this as people come together to raise funds through music, sport or, in this case, through art. We would like to thank all of the artists who donated a percentage from the sale of their artwork to us as, well as those who bought work, as doing so has provided much needed funds for our shelter.”

The Winter Shelter operates from venues in churches across Folkestone - and for the first time in Sandgate - and offers the homeless and vulnerably-housed a sanctuary of warmth and friendship throughout the coldest months. More information can be found online: www.wintershelter.org.uk

The Secret Postcard Exhibition was curated by Alan Smith and Nikki Tompsett. 120 entries were submitted and funds of £940 raised. Alastair Upton, Chief Executive of the Creative Foundation says, “We would like to thank all the artists who created postcards for this great cause, all the people who purchased them and everyone for making the first Secret Postcard Show such a big success. We will definitely organise one again next year and make it a part of the town’s festive celebrations and a way of contributing to the local community”.

Artists that took part in the Secret Postcard Exhibition: