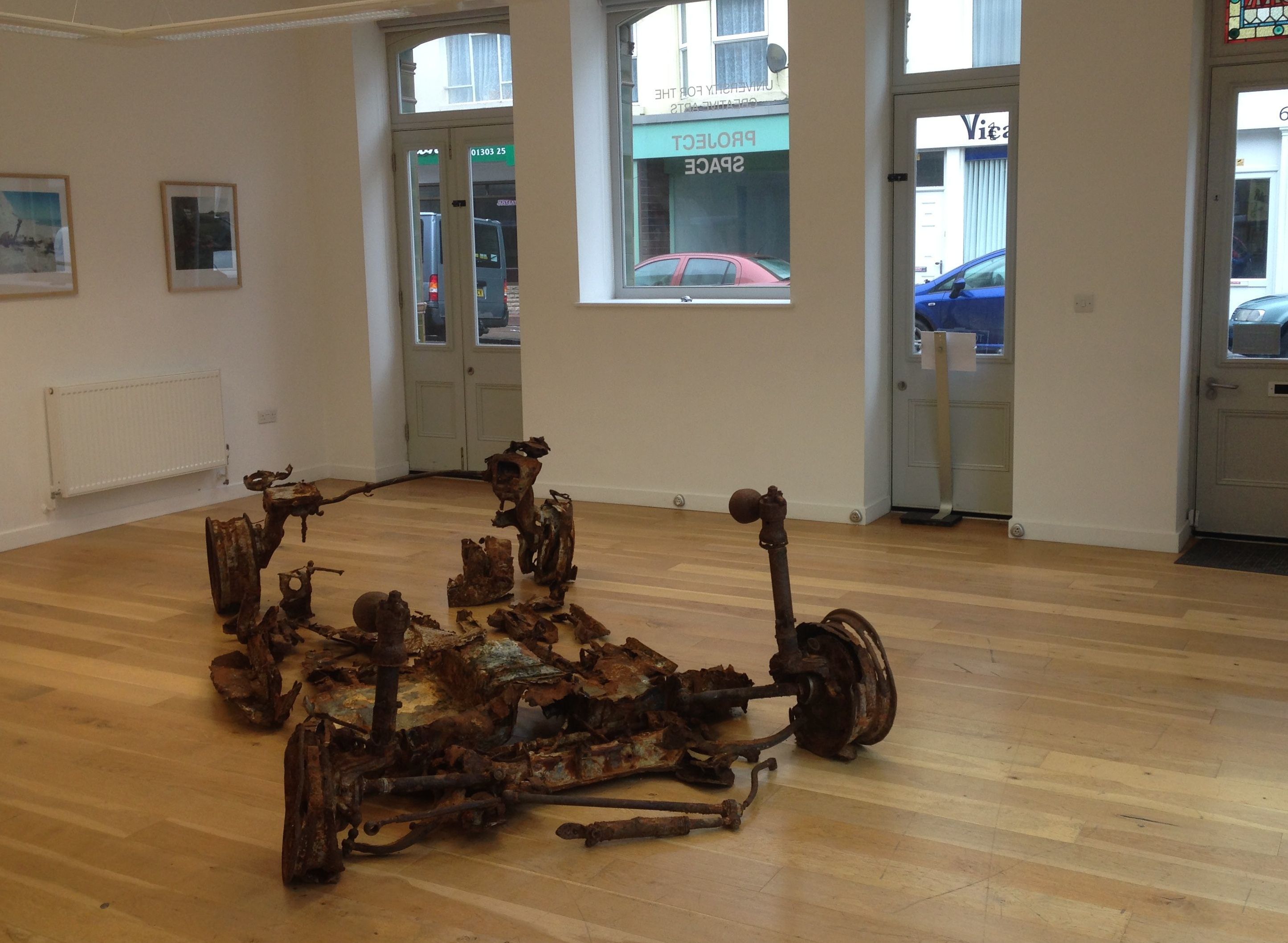 Thirty years ago, a Citroen CX Pallas is driven over the top of the White Cliffs of Dover, crashing moments later into the isolated beach below. The wreckage remains buried in shingle, untouched, battered and corroded by wave after wave of seawater, winds, and natural forces of entropy. Thirty years later an encounter with the rusted skeletal remains of the vehicle sparks the surrealist instruction...“I am going to take this car and return it, by hand, back to the top of the cliff, from where it was driven off thirty years ago”.

This instruction became the departure point for Dig, Row, Pull, Furnace, a labour intensive poetic journey over land and sea. The journey concludes where it began, with the recovered Citroen melted and recast, into an exact replica of the domestic shovel used to dig the buried car from the shingle.