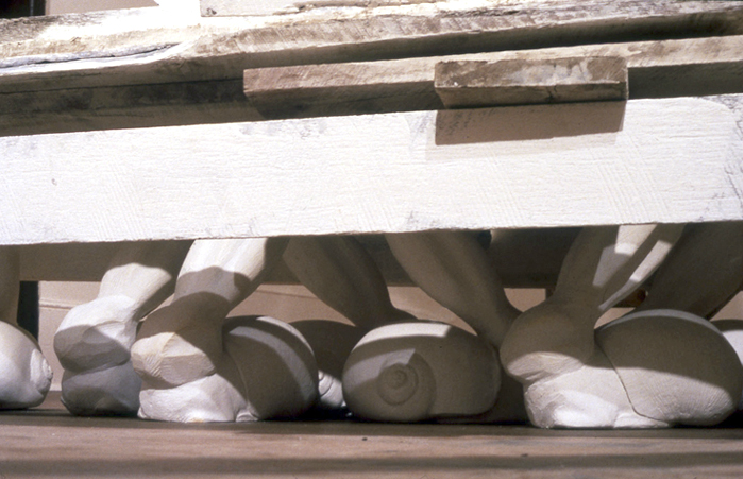 Throughout the 1980s Australian curator Sandra Drew staged a series of ground-breaking exhibitions in unusual public spaces around Canterbury under the guise of Drew Gallery Projects.

In 1989, 11 Australian artists were invited to create new works for In Transit: Australian Sculpture, Video and Performance, one of which was Bonita Ely. Ely produced Labyrinth and We Live to Be Surprised; a fictional and dystopian scene of plaster rabbits amongst industrial debris. Over the last 30 years, these rabbits have evolved into snabbits and now find themselves in the Brewery Tap UCA Project Space. This installation will be shown alongside details of Ely’s recent work, Plastikus Progressus, for Documenta 14 Athens in 2017.