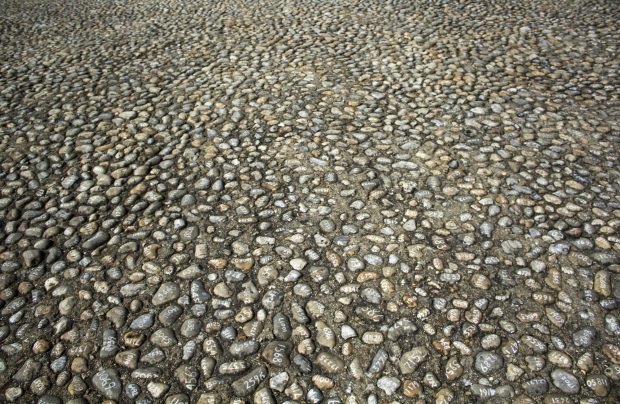 Frustrated and mournful lie 19,240 pebbles, each representing a British soldier who died on 1 July 1916; the first day of the Battle of the Somme. The pebbles are arranged and secured in a square shape – land being sold in square feet, this presents the pebble form of the soldiers as if in the land where they lost their lives. Numbered in white, these pebbles are a dehumanisation of the fallen soldiers – the act of numbering a person being a denial of their identity. However, the fact these numbers are written in white is symbolic in itself – white being the colour of peace and surrender.

Feasibly Wallinger is offering the idea that the death of these soldiers contributed to the peace that the end of the war brought – that their sacrifice was not in vain. Each pebble is an entirely different shape and size, creating an individuality for the number written on its surface and contradicting the lack of identity that the number depicts. The term ‘Folk Stones’ is used as both a title and a description of the piece; soldiers travelled through Folkestone to reach the battlefront – bringing significance to Wallinger’s choice of location. Wallinger described this work as a ‘significant yet pointless act’ – a statement, perhaps, on war’s confused futility, being both useless and the only conceivable solution to the disputes of world leaders.

By Amelia Hedley, written as part of FOLKESTONE IS AN ART SCHOOL.