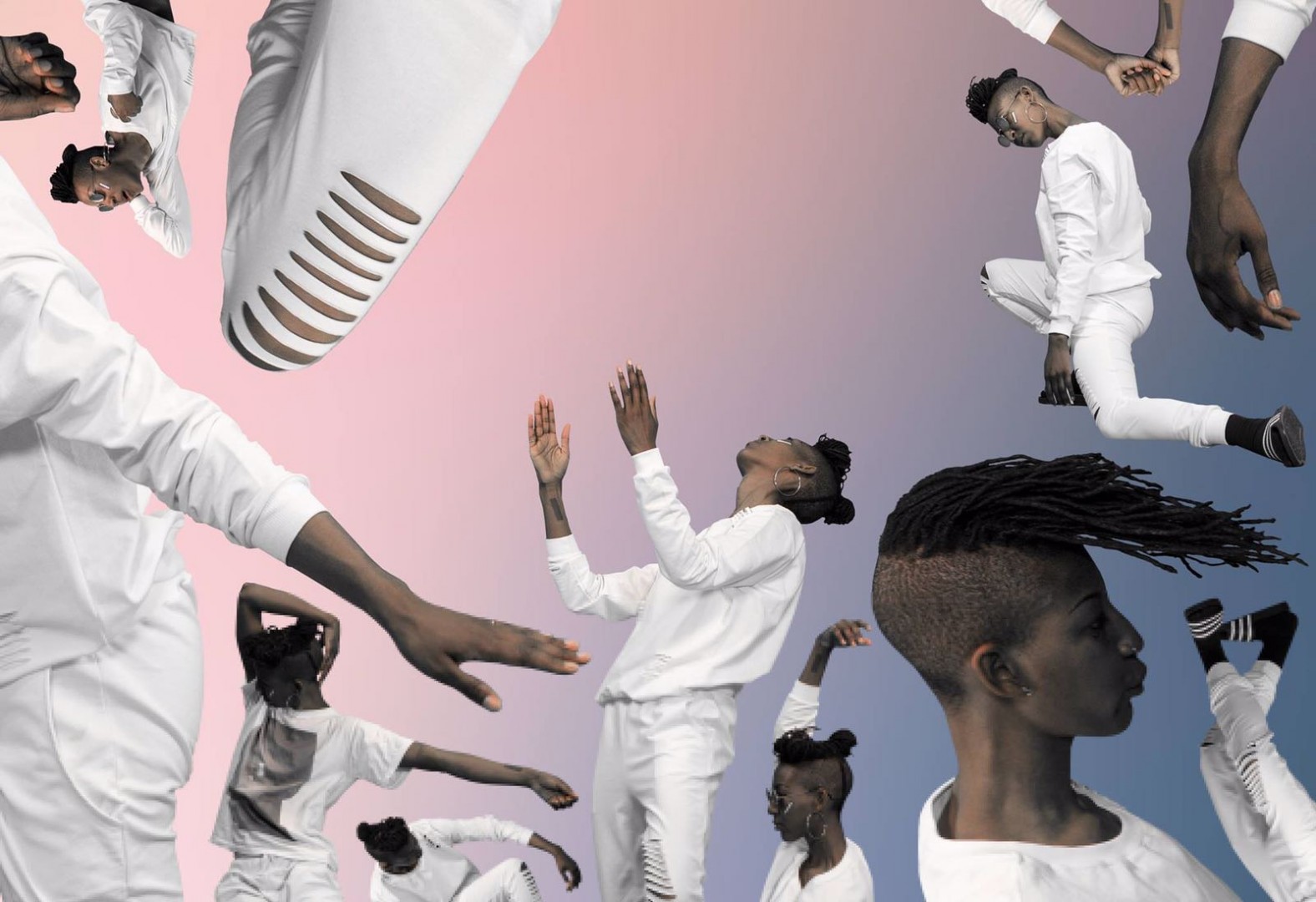 Last Yearz Interesting Negro is the performance project of London-based artist and dancer Jamila Johnson-Small. i ride in colour and soft focus, no longer anywhere combines choreography, video projection and electronic music in what she describes as “a dance informed by everything and everyone I have ever encountered, seen, heard, felt, been beside that has become part of me, as I try to identify my own voice.” Jamila explains how the performance came about.

My environment, London, really feels present in this work. The shifts in tone and culture and energy as tides of gentrification were sweeping through Hackney, the borough where I was born, and once again living. I was taking a lot of walks along the canal, doing a lot of people-watching (as well as blocking out!), feeling overwhelmed and tiny and erased in relation to the speed of change, technology, and the erection of soulless, sharp-angled million-pound new builds.

I started making i ride.. because I wanted to see if I could make an evening length solo work - I really didn’t know if I could do it, or what on earth it might be like. Until that point, I’d mainly been presenting duo performance work: Immigrants and Animals with Mira Kautto, and Project O with Alexandrina Hemsley. I had begun to feel like I didn’t quite know where I ended and they began. I felt I had sort of lost myself in these collaborative practices, and I wanted to find me and my own edges and urgencies again.

I collaborated with five artists/producers on the sound: Phoebe Collings-James, Josh Anio Grigg, Junior XL, NKISI and Shelley Parker. We had long conversations about the world I wanted to create on stage, and the ethics - and ensuing aesthetics - I wanted that world to propose. Then I would offer them fragments of song, and recordings of my poetry. The music that they came back with really blew me away.

The work was made in two parts and about two months before the performance of the first iteration of the show in 2016 at Dance Umbrella. I had injured my knee and couldn't walk so well, so the process of trying to understand how to walk, how to move, how to navigate my own body again, really took me into the details of the movement.

I was already thinking about not wanting to take up large areas of space, to not feel pressure to try to be impressive or show virtuosity or skill, but to build a context where I could go deep with the dancing and the emotions, atmospheres, thoughts that might surface from that. I was interested in this working with states that the choreography enables me to access through the performance.

The premiere was in 2017 at Fierce Festival and it wasn’t until the day of the performance that I understood that this work was very much a part of my grieving process, following the death of my dad a few years before. I was looking to find a way to feel calm, to get through, to re-connect, to feel myself and lose myself simultaneously.

So yeah, those are a few of the things that were really present for me in the making.

i ride in colour and soft focus no longer anywhere plays on Saturday 2 November, 7.30pm as part of New Queers on the Block.