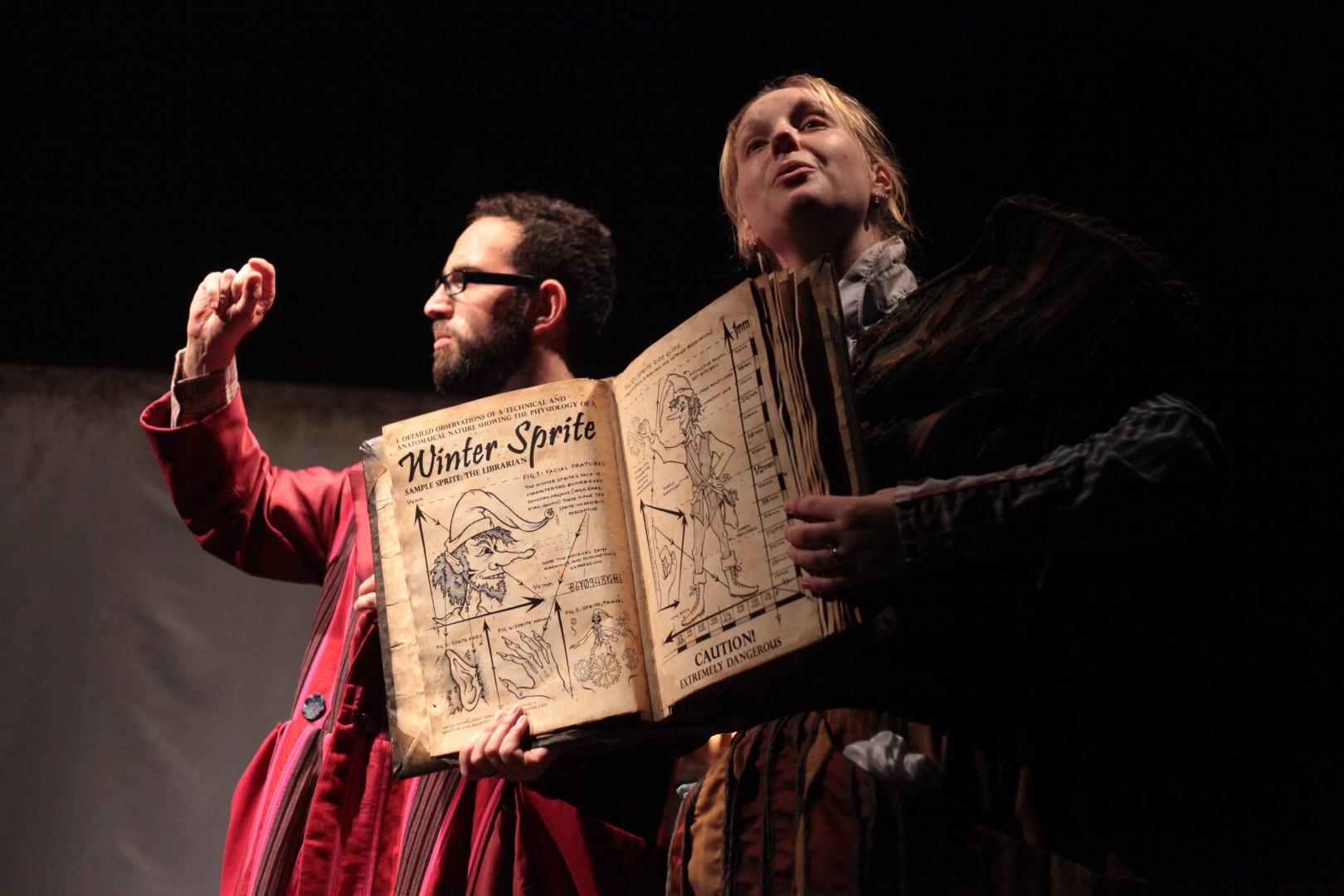 Paper Balloon's Once Upon A Snowflake is coming to Quarterhouse this Christmas, running 13-24 December 2019. We spoke to Alex Kanefsky, Artistic Director at Paper Balloon, about what families can expect from the show, and what inspired them to create it.

What can audiences expect from Once Upon A Snowflake?

Once Upon A Snowflake (OUAS) is a magical piece of theatre for young audiences. Two hapless scientists (experts in studying ‘Sprites’) are despatched to help find Liza, the vanished girl – but they need the audience’s help. They are following the trail of a Winter Sprite – presumed dangerous  - and believe his mysterious clues will lead them to Liza.

Can you tell us more about Paper Balloon and what you do?

We love interacting with live audiences and always have something in our shows that is different every time – and completely dependent on the audience. In OUAS we have a whole section where we don’t know what will happen next, come and see how it plays out!

What inspired you to create Once Upon A Snowflake?

OUAS was made in collaboration with Maria Litvinova of Theatre Trikster, an award-winning Russian company based in Moscow. We were inspired by Maria’s tale of a tiny elf that hid in a general’s snow-boot during the Napoleonic wars and whispered in the soldiers’ ears.

We wondered about the kind of mischief these little creatures might get up to if found in our sock drawers, and whispered things into our ears?

Can you tell us a bit more about the shadow puppetry in the show?

Liza’s world is shared through shadow puppetry; all of the shadows created in the show (through a mix of 2D and 3D puppets, and a range of different lights and screens) are created live – and we love sharing the magic of creating these images in front of the audience’s eyes.

Can you tell us a bit more about the original music in the show?

The songs, created by award-winning composer Darren Clark were influenced by Russian music and instruments, something Darren researched while working with Maria. The result is a quite striking blend of serious and ridiculous, and also incredibly catchy tunes! As well as the beautiful Once Upon A Snowflake song – we hope to have the songs available to listen to on our website after the show.

What’s the best feedback you’ve received about Once Upon A Snowflake?

An audience member told us how her son, who has ASD, recreated the entire show on his dinner table with kitchen utensils and cutlery. I love hearing about the piece having a life after experiencing it in the theatre – and also children bringing the stories into their play.