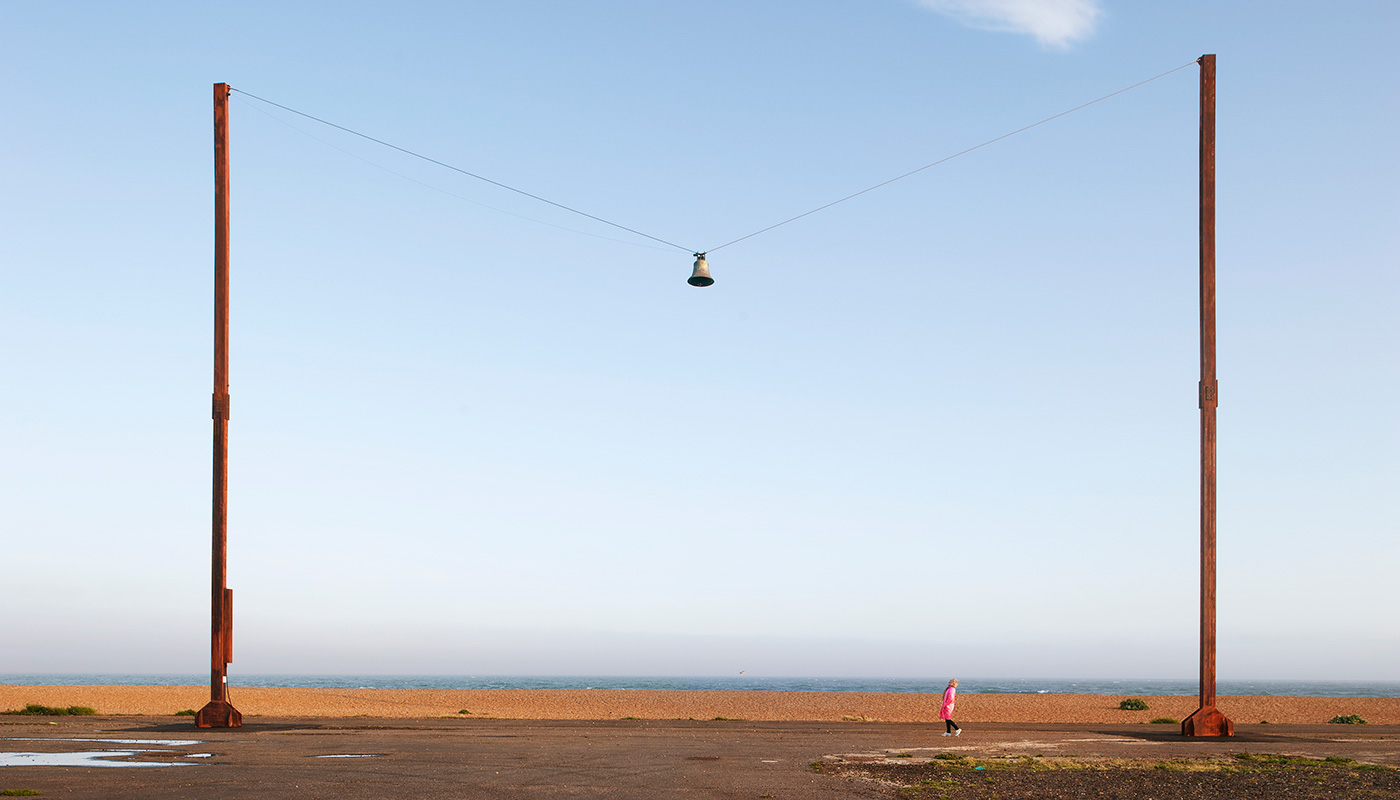 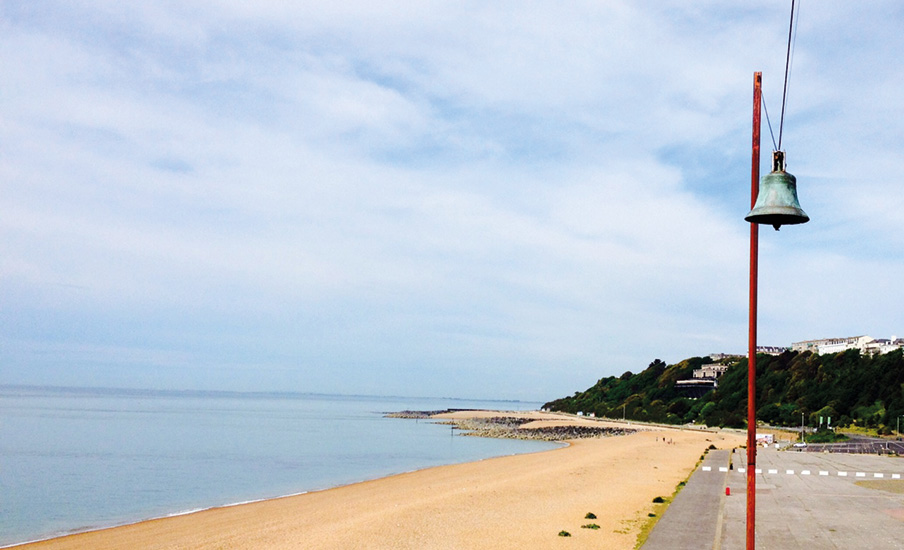 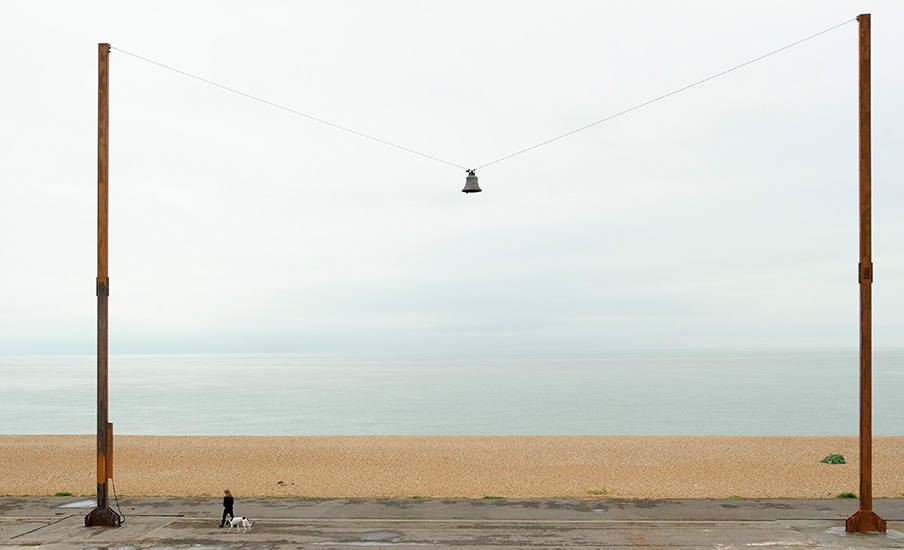 Since the 1990s Norwegian artist A K Dolven has worked with the idea of being at odds with one’s surroundings, and more specifically, for the past three years, with disused bells. ‘Out of Tune’ continues a series of similar titles such as ‘Out of Time’, ‘Out of Balance’ and ‘Out of Season’.

Folkestone Seafront, opposite The Leas Lift, CT20 1PX is home to Dolven’s installation. It features a 16th-century tenor bell from Scraptoft Church in Leicestershire, which had been removed for not being in tune with the others. It is suspended from a steel cable strung between two 20m high steel beams, placed 30m apart.