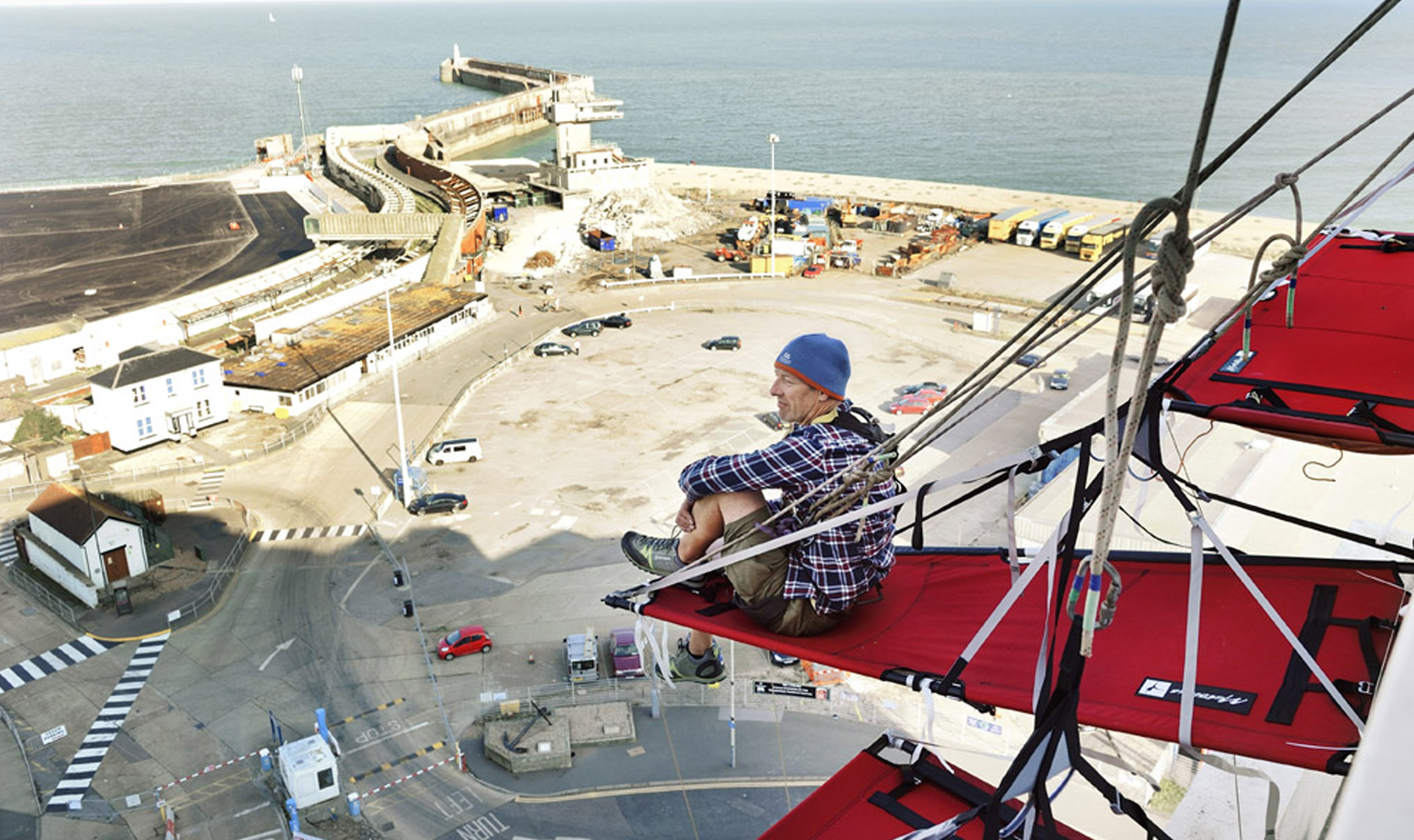 Alex Hartley is an internationally recognised artist who is known for working with photography and architecture, often incorporating both into sculpture and installation. Hartley’s work often suggests how we might think differently about our constructed surroundings, and how we occupy landscape. His artistic practice is wide ranging, comprising wall-based sculptural photographic compositions, room-sized architectural installations and interventions.

For Folkestone Triennial 2014, Alex Hartley’s response to the title Lookout is inspired by the imposing architecture of the Grand Burstin Hotel, which overlooks the Harbour. The architecture of the hotel echoes that of an ocean liner and looks across at the site which saw active service as a ferry port from the 1840s until 2000. From the hotel’s top floor rooms, one can see views across Folkestone and the English Channel. For his project Vigil, Hartley uses state of the art climbing technology to make a lookout point suspended from the highest point of the hotel. This climber’s camp is inhabited for the duration of the Triennial, by the artist and by volunteers, all of whom will keep a log of what they observe. This act of vigil has resonance both with the recent Occupy movement and with the ancient tradition of hermits retreating from the world to a high place in order to fulfill their functions as a ‘seer’ better (St. Simeon Stylites among others).

Born in 1967 in Surrey, Hartley lives and works in Devon and London.

Hartley’s Nowhereisland was one of 12 Artists Taking the Lead projects across the UK which formed part of the London 2012 Cultural Olympiad. He has shown in both national and international exhibitions including: Louisiana Museum of Modern Art; Denmark (2000); National Museum of Art, Osaka, Japan (2001); Distrito Cuatro, Madrid (2003); Natural History Museum, London (2006); Fruitmarket Gallery, Edinburgh (2007).

With special thanks to: