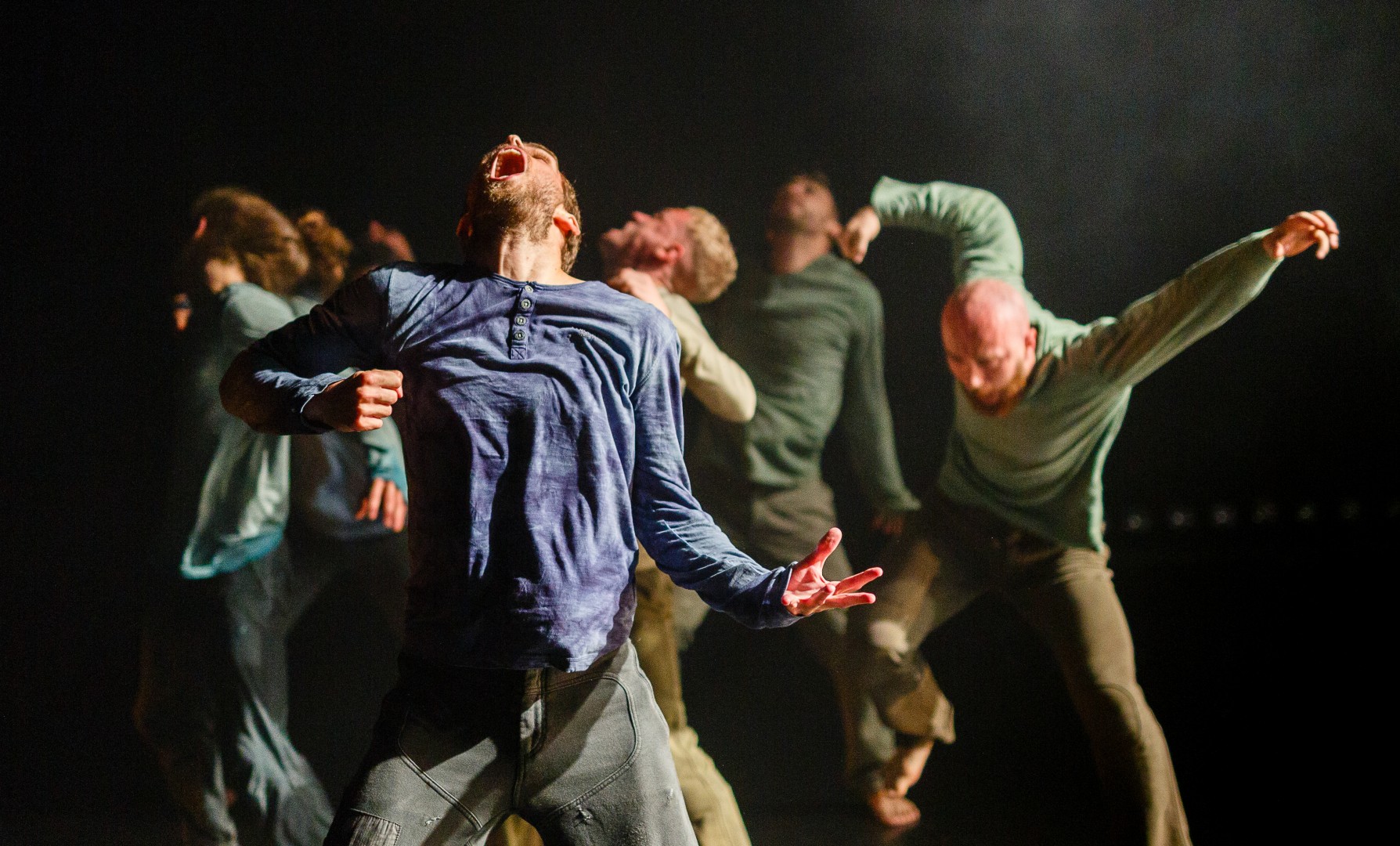 James Wilton is quickly becoming known as one of the UK’s leading choreographers, renowned for creating breathtakingly physical choreography. Since forming his company, James Wilton Dance has toured extensively both in the UK and Internationally to critical acclaim.

His show LEVIATHAN, inspired by Herman Melville’s seminal novel, Moby Dick, comes to Folkestone Quarterhouse on Wednesday 18 September 2019, as part of SALT Festival of the Sea and Environment.

Read on as he discusses how he got involved in dance, what he looks for when recruiting dancers, and his thoughts on LEVIATHAN.

How did you get started in dance, and at what age?

I started to dance at 15, I chose it as an option for my GCSE’s. Things really started to move when I joined Cornwall Youth Dance Company and then I decided I wanted to pursue it as a career.

You trained as a dancer, what makes you want to choreograph as opposed to performing other people’s work?

Even when I started at 15, I was interested in choreography more than just performing. I love the challenge of taking an idea that starts as just a seed of a thought and growing it in to a piece of art. I think what I prefer about choreography is that you start right at the genesis of the idea and see it through until the end whereas dancers usually come on board later on in the process.

What are the signature trademarks in your choreographic style and do they differ from your peers, if so - how?

I think the key signatures are the really raw, dynamic and almost aggressive movement quality as well as the introverted nature of the performance. I think the super-human physicality is what drives the work and what sets it apart from my peers. I also think that the martial arts/sport influence in the work makes it quite un-dance like, whilst still remaining deeply physical.

Your work often includes a particular style of music. What draws you to that?

I have to work to music that I connect with on a deeper level. I have listened to alternative/progressive rock all my life and have a strong connection with it. With that said I listen to a really broad range of music, from classical to folk to German industrial music.

When recruiting dancers, what skills or style do you look for?

What approach do you take when making work? What point do you start from?

I always begin from a philosophical or political starting point. From there I like to work quite independently in growing the idea in to the finished product. I always have a physical goal I want to achieve but don’t always know exactly what it should look like. I think that is where the dancers come in in helping me realise exactly how it should look and what the work should “feel” like.

Your thoughts on LEVIATHAN?

I’ve always had a fascination with the relationship between man and nature. What interests me most is the way that we fear each other before we fear nature. We worry about other people and the dangers they can do more than we fear the awesome power of the planet.

It also interests me that we believe our power is significant. We marvel at our creation of nuclear weaponry and think that is true power. Despite this, the 2005 Tsunami carried the force of over 1,500 nuclear weapons proving that our significance on this planet is minimal compared with the force of nature.

For me, Moby Dick represents someone trying, and ultimately failing to conquer nature. The futility of the pursuit, combined with the maniacal obsession of Ahab make for a compelling story and one I am eager to re-create and re-imagine.

As an artist, I am not interested in small concepts. So far in my career, I have dealt with the nature of life and death (Last Man Standing), our perceptions of reality (Cave), and the concept of morality (Rite of Spring). LEVIATHAN, exploring nature and destiny, continues in this vein of big concepts and so offers me, huge amounts of intrigue and inspiration.