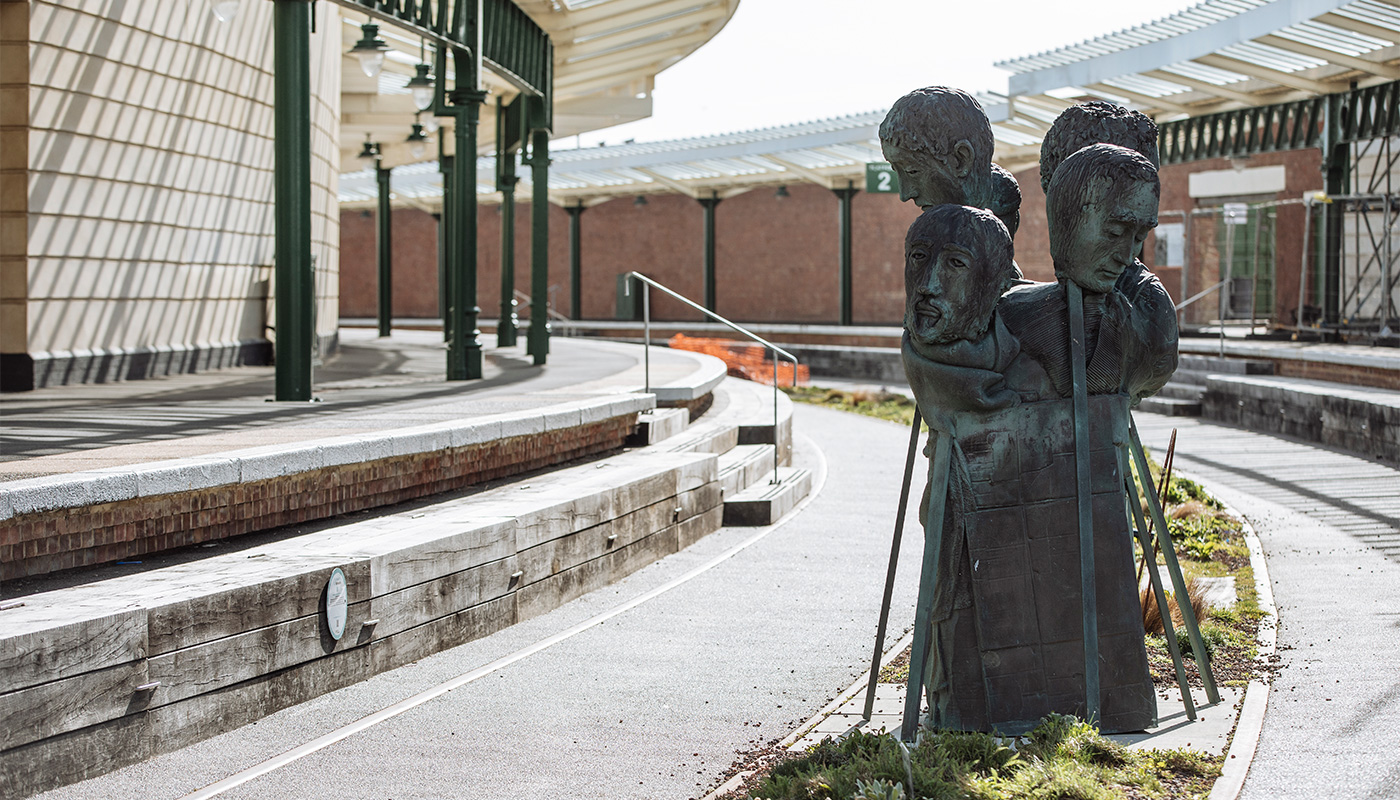 Varga Weisz’s five-headed sculpture Rug People, its body wrapped in blankets and cardboard, appears stranded and forlorn. Arrived as if by magic, the group huddles together on the disused railway tracks of the old Harbour Station. The Station, with its history of bringing First World War soldiers to the harbour to embark to France, as well as being the terminus for the Orient Express until 2008, provided the major inspiration for Varga Weisz’s work.

The Harbour Station has witnessed the full range of human experiences and emotions. As the Kent terminus for the Orient Express it saw many excited travellers indulging in some up-market leisure time, but it was also a place of unimaginable fears and foreboding as the final stop in Britain for the soldiers destined for the battlefields of Europe in the First World War. The station’s platforms and tracks are the last vestiges of this unique history and the inspiration for Rug People. The ghostly echoes of the orient seem especially poignant to the artist, since on her journey to Folkestone she witnessed the refugee camps in Calais sheltering those fleeing conflicts in the Middle East and beyond.

As her artist father was forced out of Nazi-occupied Paris during the Second World War, escaping from war and persecution is part of Varga Weisz’s own family history. This group of five unusual passengers seems to have magically arrived from some unknown fairy tale, but the voyagers are downcast, wrapped in blankets and rugs and huddled together: this group is not on some carefree journey, but seemingly stranded. This sense of abandonment is reinforced by the sculpture’s base made from sticks, rugs and cardboard which echoes the precarious shelters of migrants and the homeless.