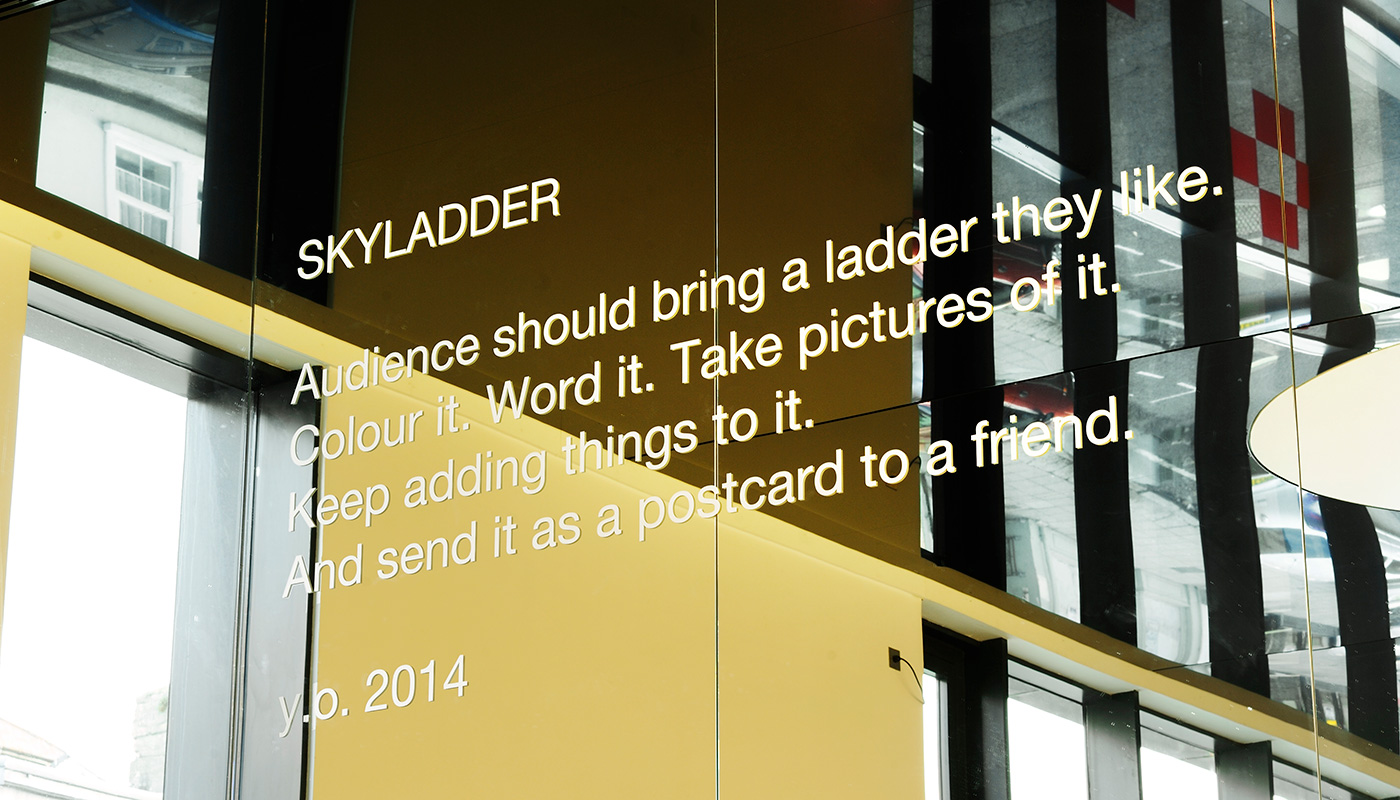 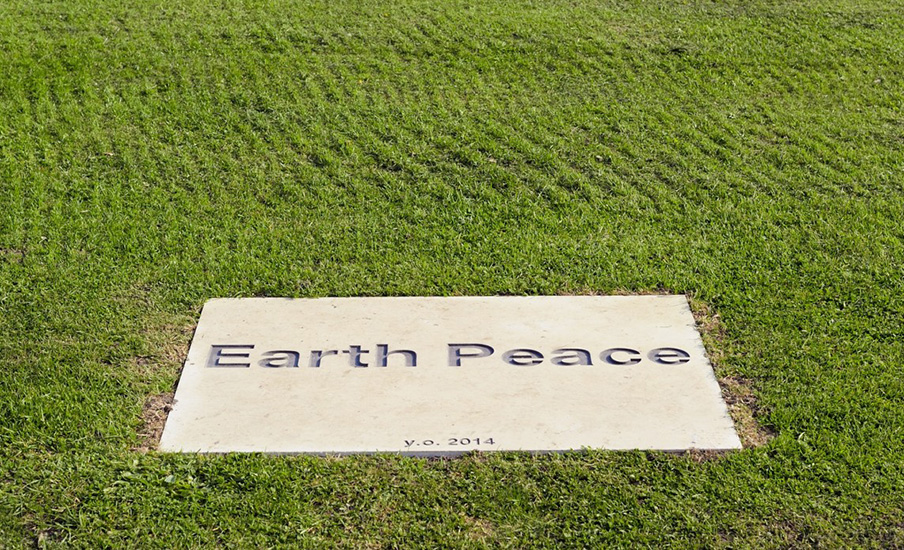 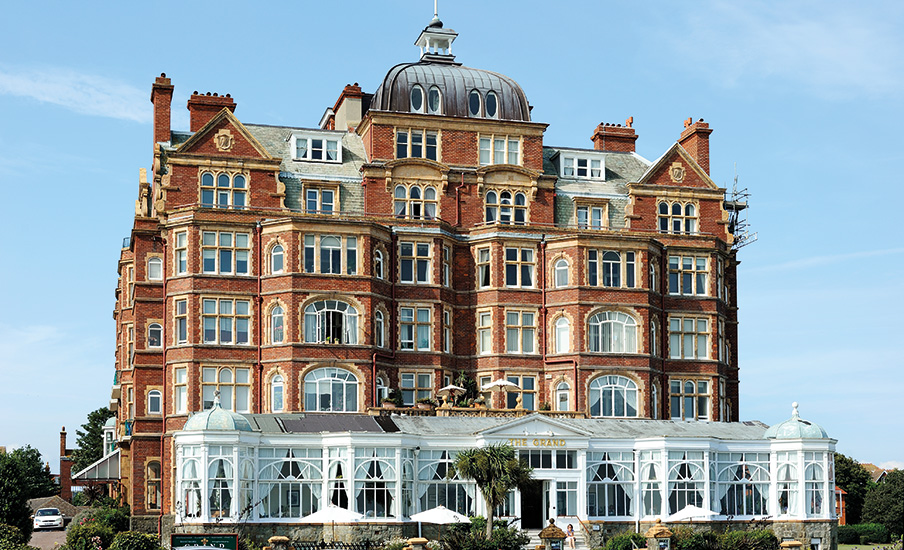 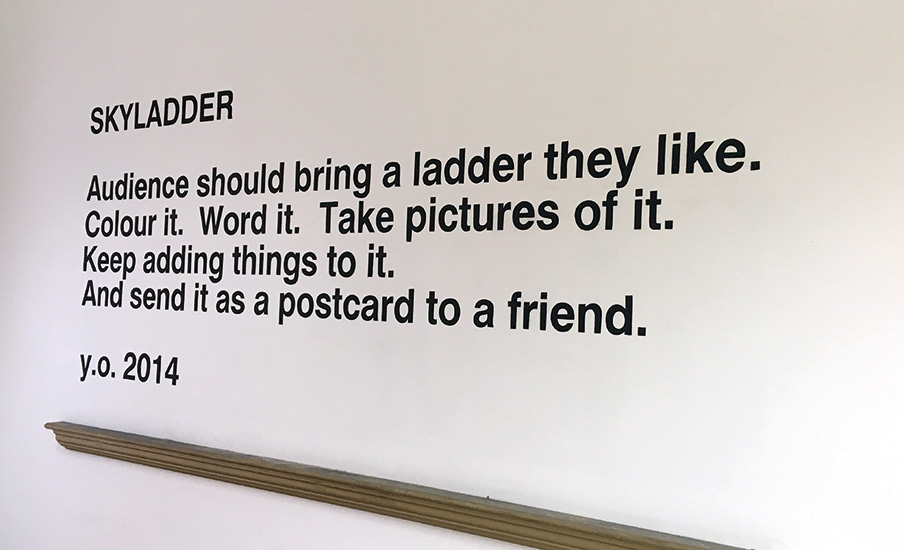 From the beginning of her career Yoko Ono was a conceptualist whose work encompassed performance, instructions, film, music, and writing.  For the 2014 Triennial, she contributed a new ‘instruction’ work, SKYLADDER 2014, an invitation to the people of Folkestone, exhibited in the Quarterhouse Bar (The Clearing) and also above the stairs of the Public Library on Grace Hill. The step ladder has been an important image for Ono for many years, symbolising access to the sky, a source of inspiration and imagination.

Earth Peace 2014 appeared in many locations in Folkestone during the 2014 Triennial, as posters in shops and houses, on billboards, as stickers, postcards and badges. Three manifestations of the work remain on loan to the town, all located at The Grand. There is a flag, flown annually on International Peace Day; an inscribed stone, set in the grass on The Leas; and a message in morse code beamed out by a light over the Channel.

The Grand is next door to the former Metropole Arts Centre on The Leas, where Yoko Ono staged an event in 1966. Further to the East along The Leas there are memorials to those who have lost their lives in war. As a young person, Yoko Ono witnessed the catastrophic effects of war in Japan, and the desire for peace has been a consistent message within her work as an artist, which more broadly aims to provoke thought and challenge people’s understanding both of art and of the world around them.

Please beware that the Yoko Ono’s morse code message beamed out from the roof of The Grand may not be suitable for people with photosensitive epilepsy.

Accessible only during the buildings' open hours