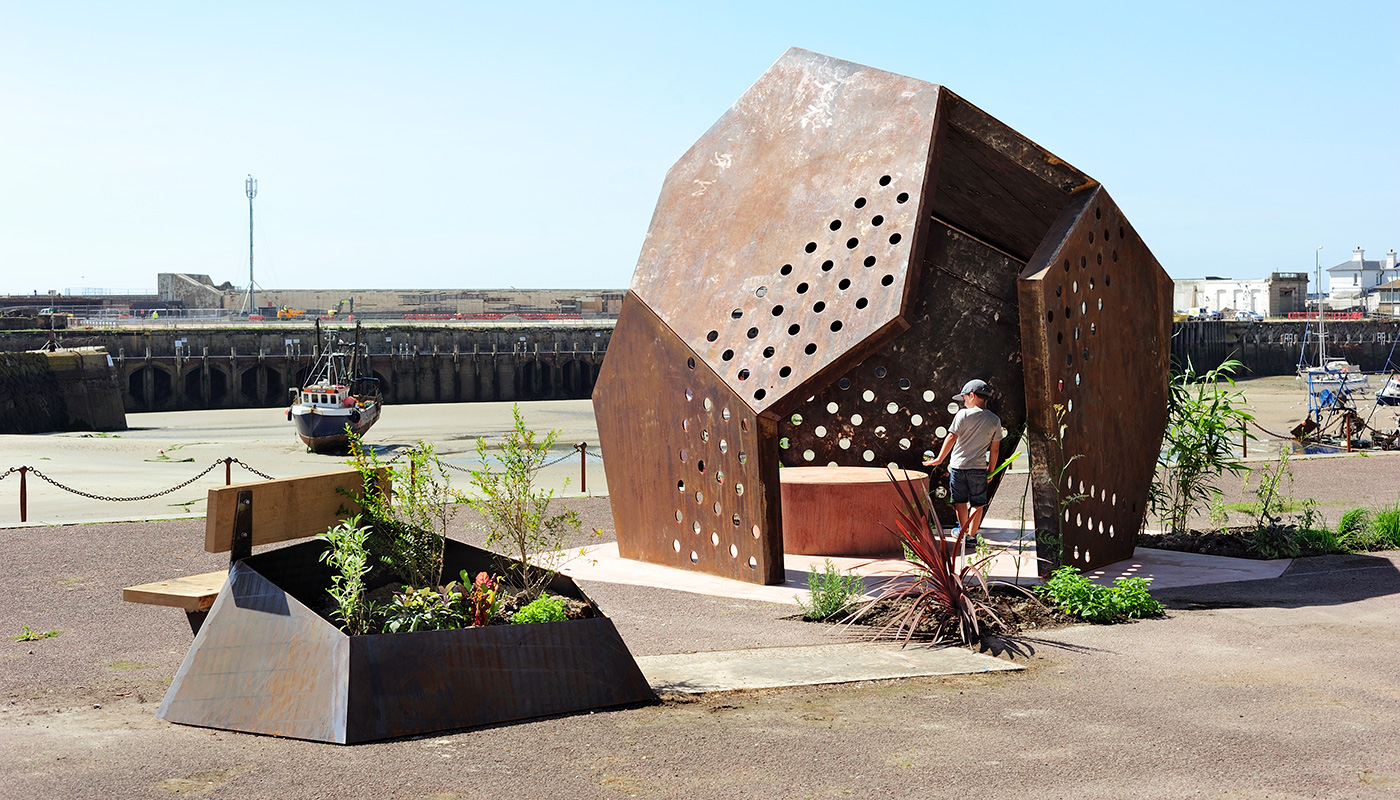 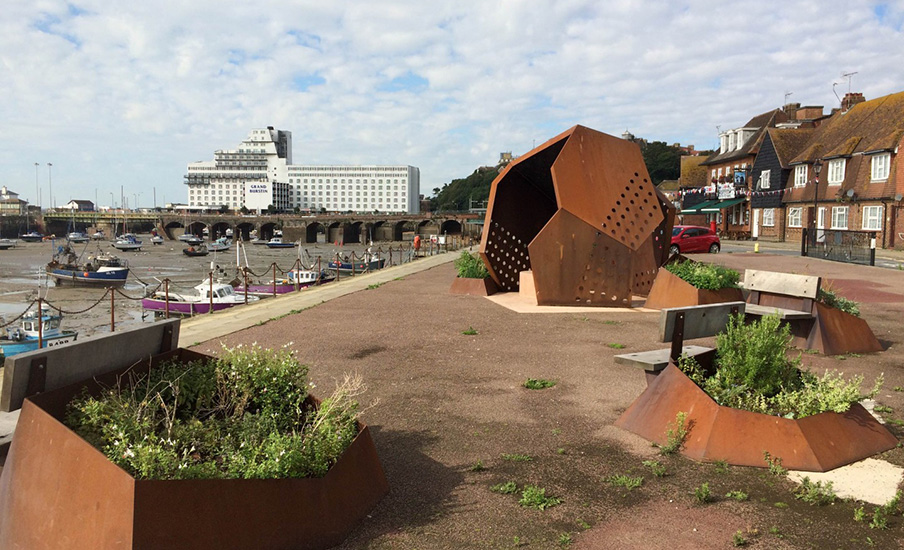 Steve was conceived as a ‘people friendly sculpture’ or a ‘personified sculptural pavilion’. It (or he) was designed to be placed on The Stade on a slightly raised paved area looking over the harbour, where the existing planters and arrangements for seating had fallen into disrepair. The Stade was originally a working area alongside ships berthing in the harbour, but now for the most part it has been given over to leisure activities and car parking. This location provides a great home for Steve, conceived as a monument to a person of the future.

Steve is fabricated from large scale, articulated plates of Corten steel arranged to define a volume with a hole through the middle, forming a small pavilion or shelter. Its sculptural form plays on the ‘masculine’ language of monumental public art visible in the tradition both of Henry Moore and Richard Serra. The red and black colours chime with those of the houses immediately behind it. Steve is set among a group of three seating benches hybridised with planters – Steve’s ‘children’ – also made from steel and producing a supply of edible costal plants destined for use in the local restaurants.

Sarah Staton’s work presents a beguiling mixture of traditional craft techniques with cutting edge technology. Her grounded sculptural forms occupy an edgy aesthetic territory between use value and sheer visual pleasure. She often collaborates with other artists, designers, architects and engineers, and is an instinctive animator of public space.