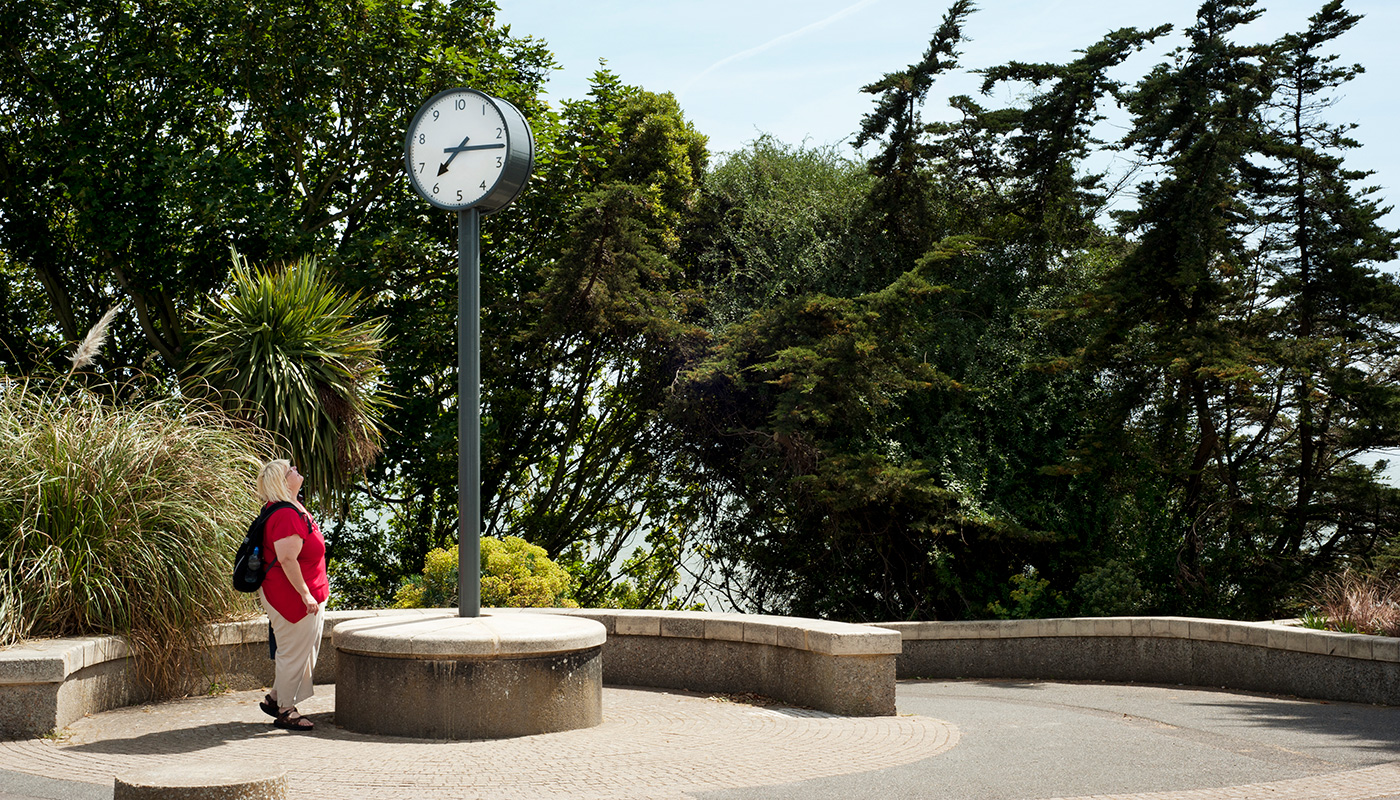 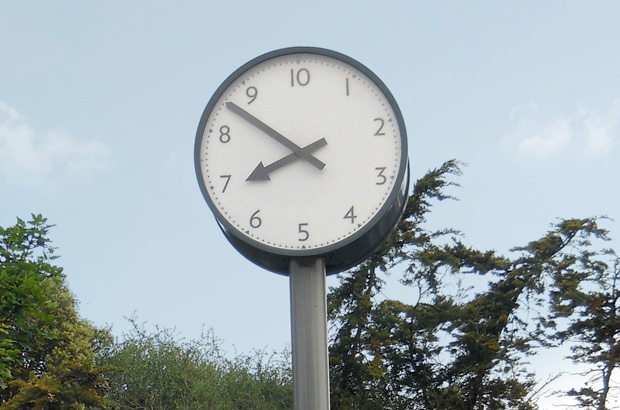 On 5th October 1793 the recently formed Republic of France abandoned the Gregorian calendar in favour of an entirely new model, the French Republican Calendar, which became the official calendar of France for 13 years. Each day of the Republican Calendar was made up of 10 hours. Each hour was divided into 100 minutes and each minute into 100 seconds. Midnight becomes 10 o’clock and midday becomes 5 o’clock.

Inspired by this historical model, for the 2011 Triennial, Ruth Ewan created new clocks and altered existing ones around Folkestone to ‘tell’ decimal time. There were 10 clocks in all, with just one remaining. To accompany this array of clocks, the artist produced a booklet illuminating the utopian concept of revolutionary time.

Even though French Republican clock time lasted barely two years (the calendar lasted longer) it remains a potent symbol of a historical moment in which time and hence the whole structuring of society was radically re-imagined. This had lasting and far reaching repercussions in Britain as well as France.

The title of the work is inspired by the movie Bugsie Malone which includes the song: we could have been anything we wanted to be. The next line of this song is; It’s not too late to change which emphasizes Ewan’s interest in past failures and also possible futures.

Ruth Ewan
We Could Have Been Anything That We Wanted To Be, 2011