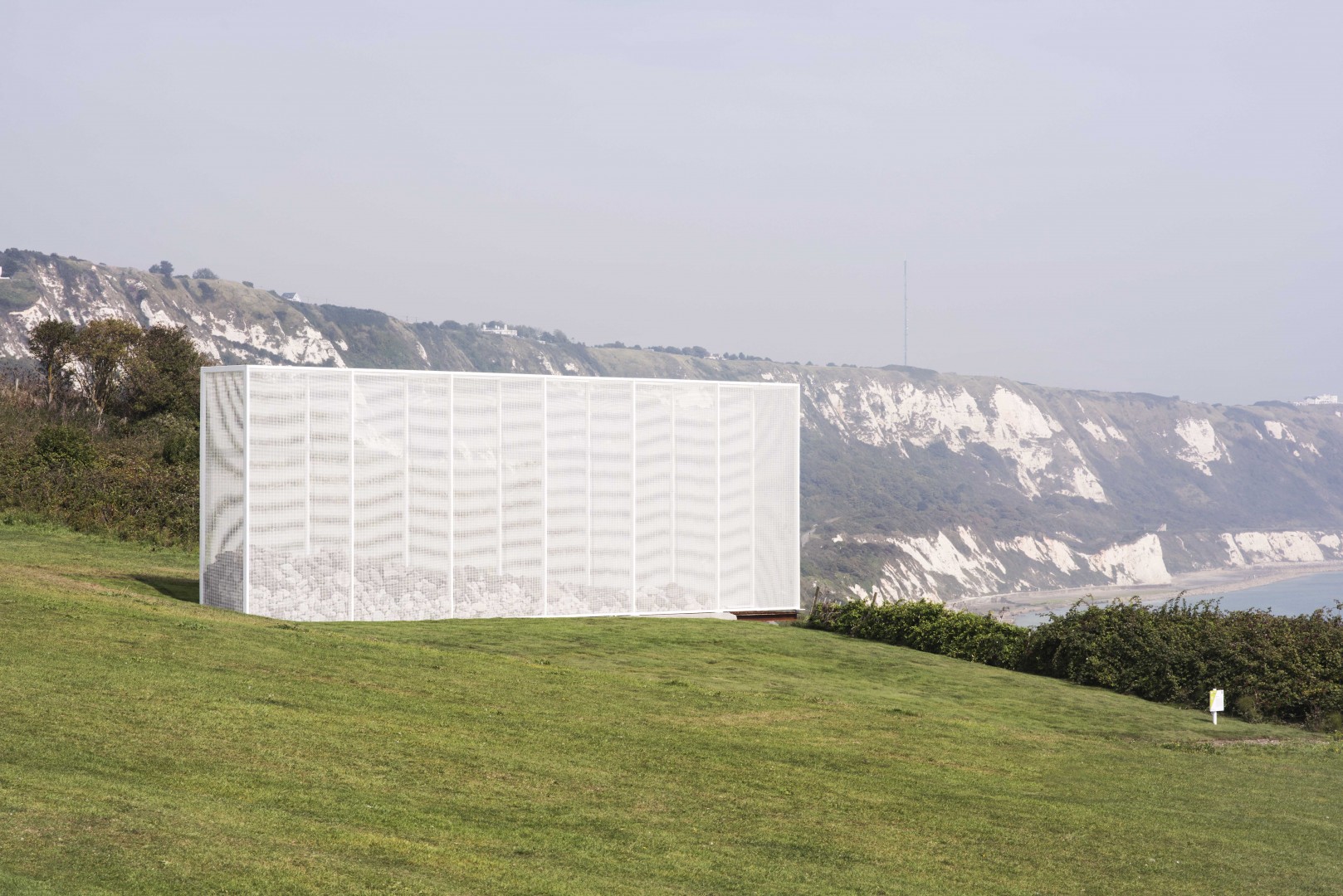 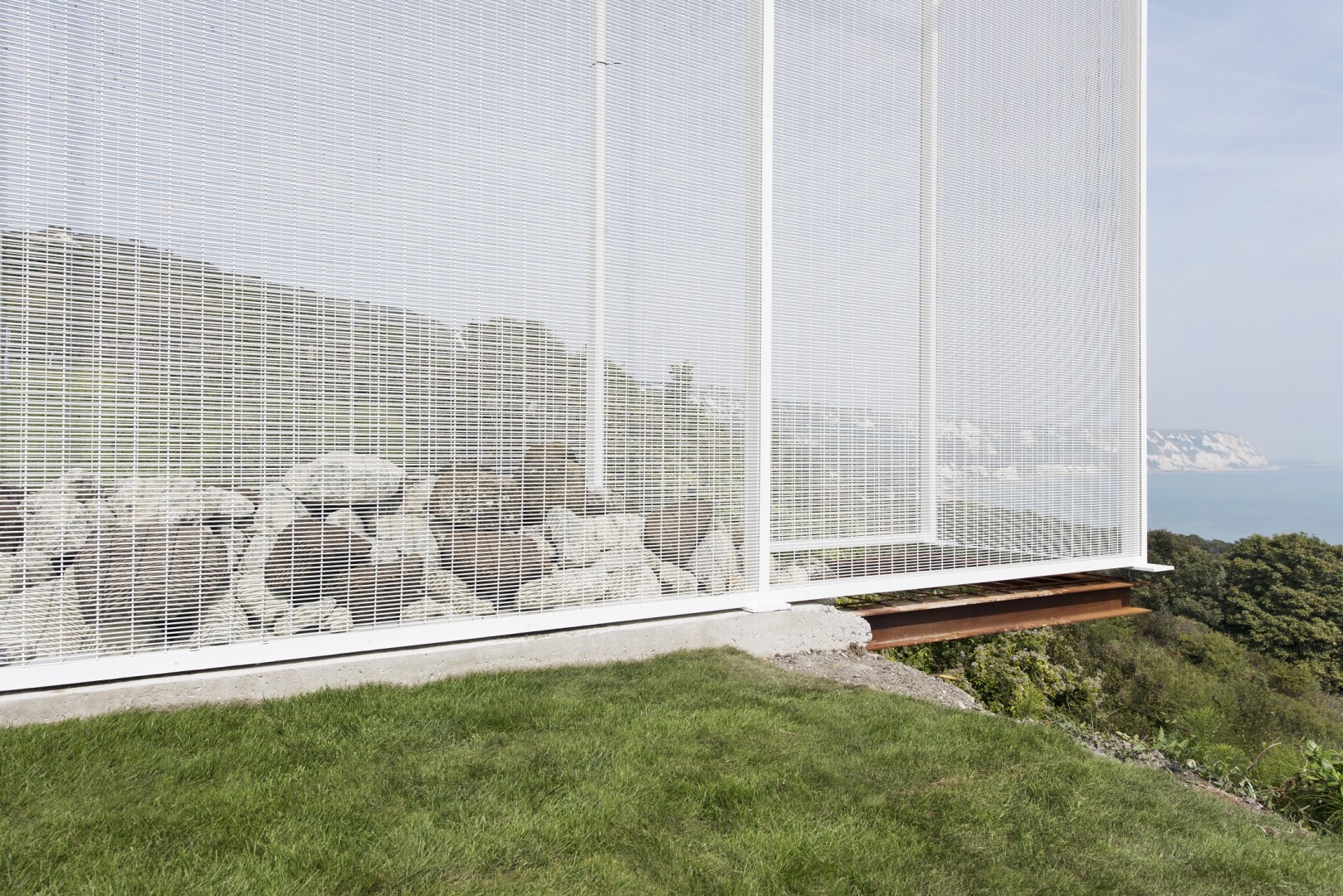 Wall responds to an invitation from Canterbury Archaeological Trust to create a monument drawing attention to the querns found at this site – querns are millstones made from the local Greensand stone during the Iron Age. The sculpture is in the form of a cage, or double fence, like the fences used at ‘The Jungle’ refugee camp in Calais. The querns within it act as a kind of historical counterweight, preventing the precariously sited sculpture from tipping over the continuously eroding land’s edge. Geological time – the inevitability of the land erosion – and the precariousness of this border site are brought into dialogue.

Alex Hartley’s work takes many forms, usually addressing utopian ideologies and our complicated, sometimes contradictory attitudes toward built and natural environments. Often he will confront us with new ways of physically experiencing and thinking about our constructed environment, leading us to consider buildings as social experiments.

Since 1997 Hartley has been engaged in collaborative site-specific projects with architects including David Adjaye Associates and Alford, Hall, Monaghan and Morris.

Alex Hartley was born in West Byfleet, Surrey in 1963. He studied at Camberwell School of Art and completed his MA at the Royal College of Art in 1990. He currently lives and works in Devon. He is represented by Victoria Miro Gallery, London.