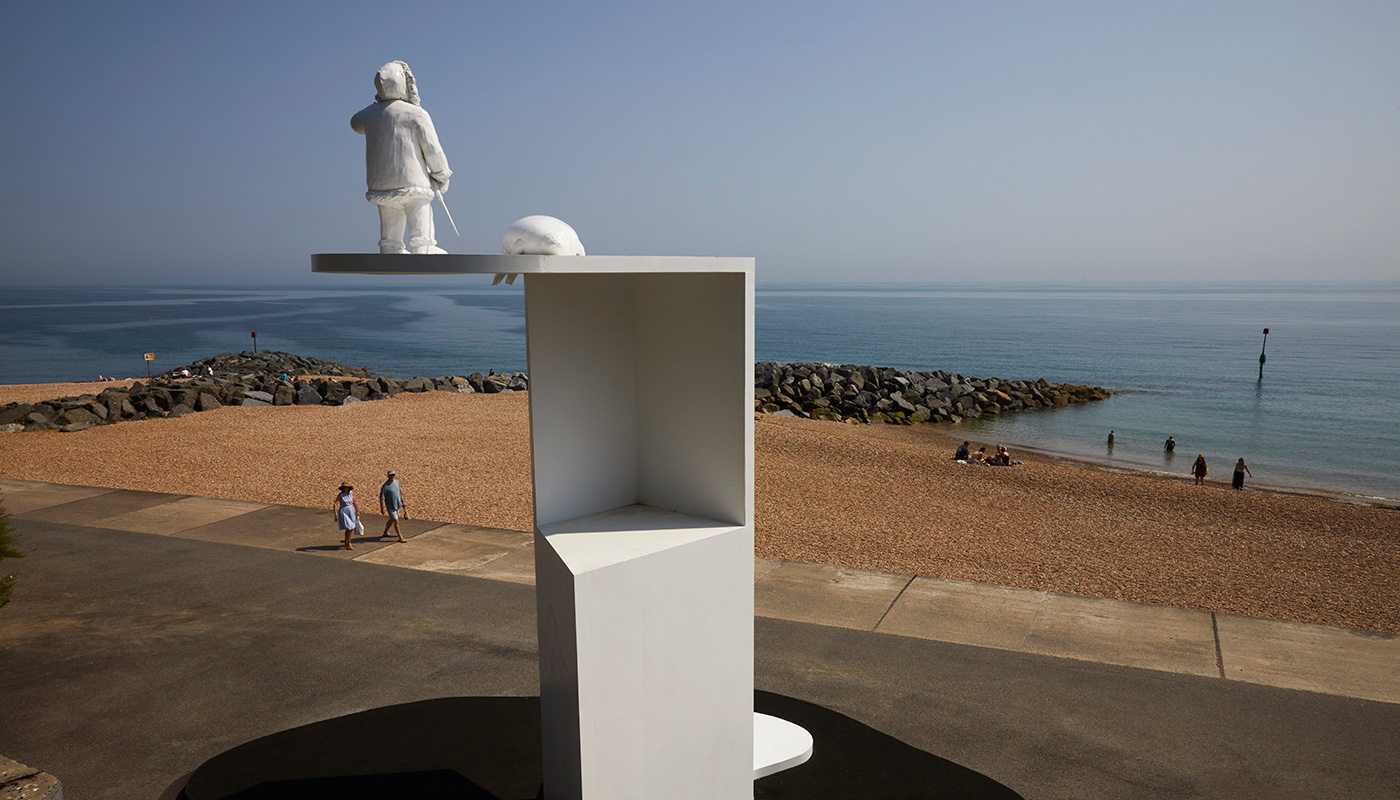 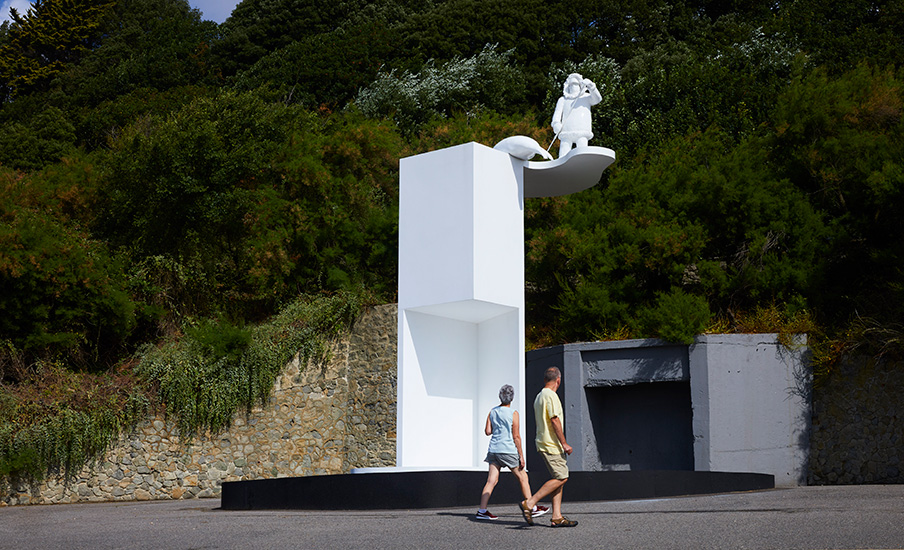 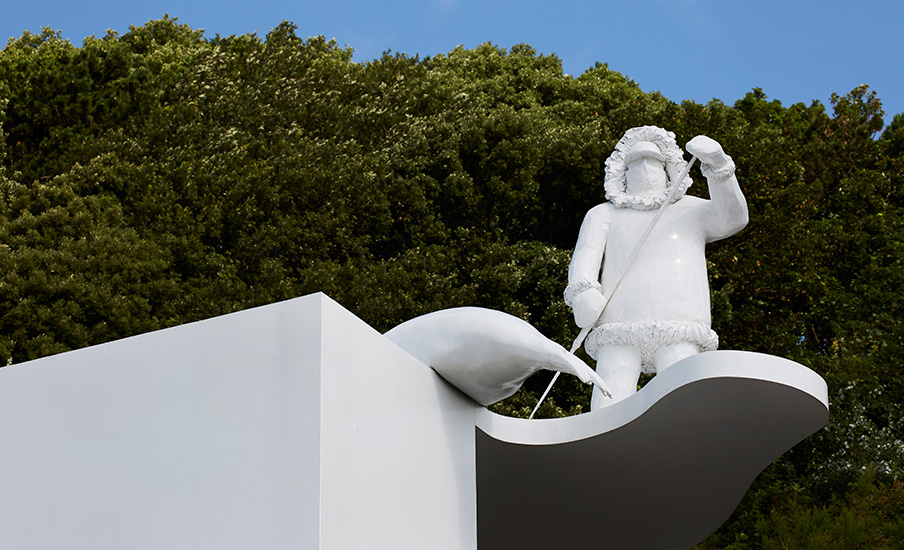 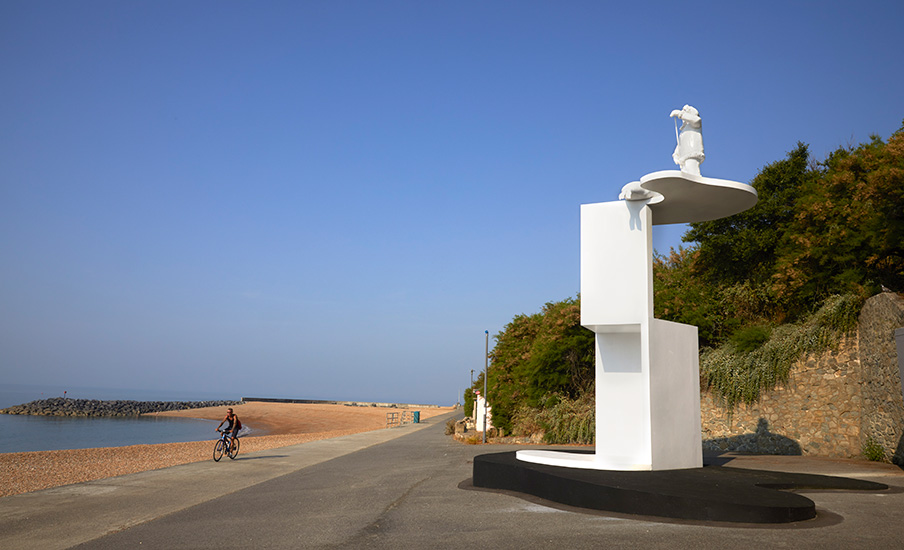 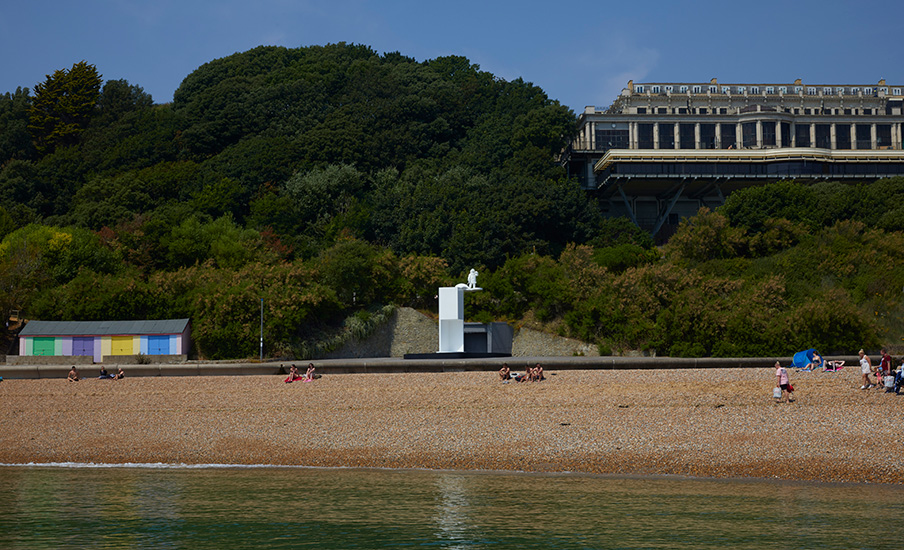 This crystalline modernist architectural composition, echoing the white cliffs beyond, supports figures of an Inuit and a seal, and sits on a black puddle shape. Sited by the shore, the strong horizontals suggest the rising water level resulting from the disappearing polar ice caps, an iceberg melting into a pool of oil. The human figure and its ecological counterpart the seal represent an ancient way of life, standing on thin ice. Climate change, and its effect on people who are on the front line, or at the edge of change, has been a preoccupation of the artist for many years.

Bill Woodrow’s practice made use of ‘secondary’ materials (human artefacts) from the start as raw materials. In this way he was a composer of narratives through using the existing vocabulary of the industrialised world. When he began to cast his sculptures in bronze in the 1990s, the trajectory of his work remained unchanged: the bronzes would very often be composed of industrially produced objects arranged to create a legible narrative. A deep interest in the history of humanity as well as the history of the natural world unsurprisingly led him to express his concern for the impact of human activity on the environment and ecology (and for the astonishing resilience of ‘nature’).

He held his first solo exhibition at Whitechapel Art Gallery in London in 1972; in 1986 he was a finalist in The Turner Prize and in 1991 he represented the UK at the XXI Bienal de San Paulo (Brazil). In 1996 his solo show of bronze sculptures, Fool's Gold, was held at Tate Modern (London, UK); and Bee Keeper took place at the South London Gallery in 2001. A major retrospective of his work was held at the Royal Academy 2013 / 2014. Bill Woodrow lives and works in London and Hampshire.