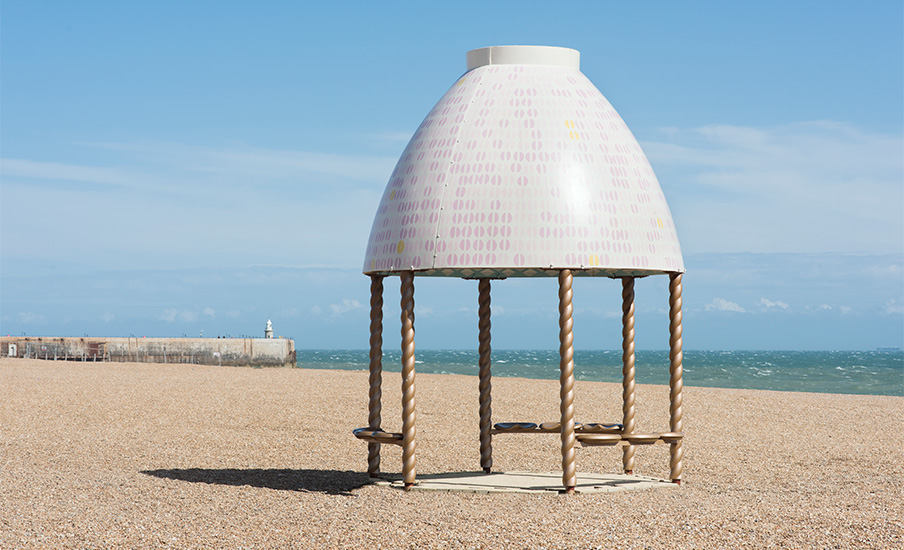 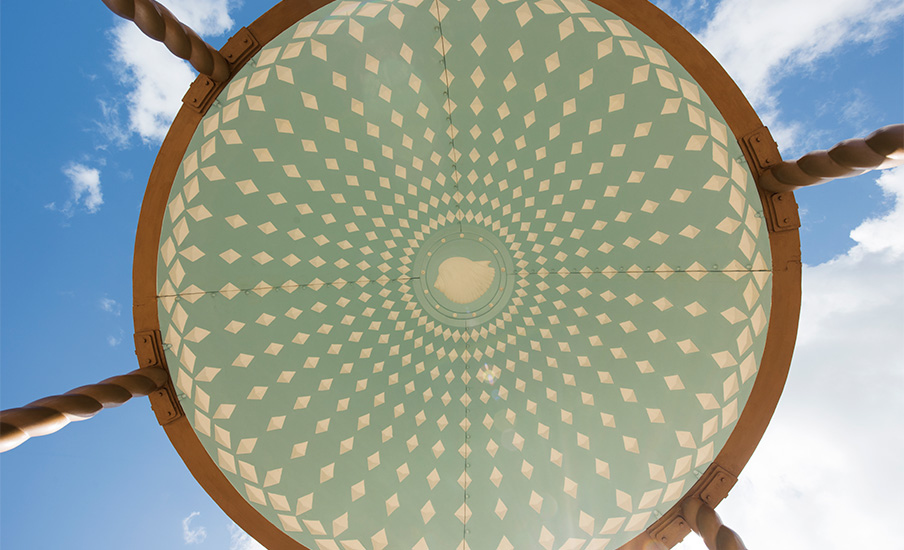 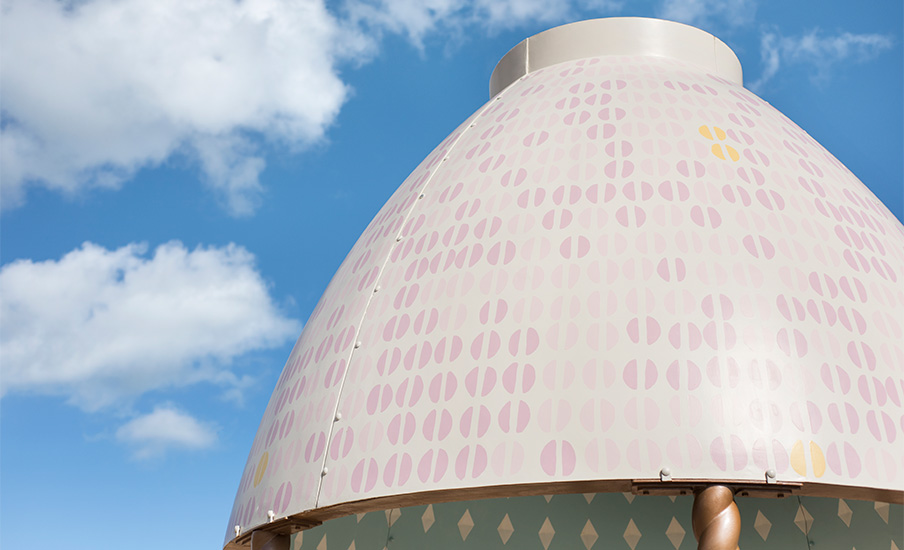 The artist has collected ceramic jelly moulds for many years, adding her own painted pattern decorations. In 2010, in Liverpool, she laid out 30 Victorian moulds as if they were architectural maquettes, in an exhibition paying tribute to the Black community, recalling the slave trade and sugar plantations. One of these has now been realised as a full-scale pavilion in Folkestone. It sits looking out to sea on the former ‘Rotunda' site, which was until recently filled with amusement arcades, a roller coaster and a Lido Pool, the sugar of candy floss and toffee apples fuelling the fun of summer visitors.

Lubaina Himid’s ‘Jelly Mould Pavilions Project’ fits seamlessly into the wider trajectory of her work, which seeks to commemorate the contribution made by the people of the African Diaspora to the history, culture and rich fabric of Europe and North America. She proposes dialogue, honest conversation, an exchange of memories, as a way to approach the trauma and apparently permanent (ongoing) impact of the historic exploitation. A public pavilion offers the opportunity for conversation and invites contemplation.

Himid has exhibited her work widely during the past 30 years, in Britain and internationally, with solo shows that include Tate St Ives, Transmission Glasgow, Chisenhale London, Peg Alston New York and St Jorgens Museum in Bergen. She represented Britain at the 5th Havana Biennale and has shown work at the Studio Museum in New York, Track 17 in Los Angeles, the Fine Art Academy in Vienna and the Grazer Kunstverein; in 2017 she has been nominated for The Turner Prize.