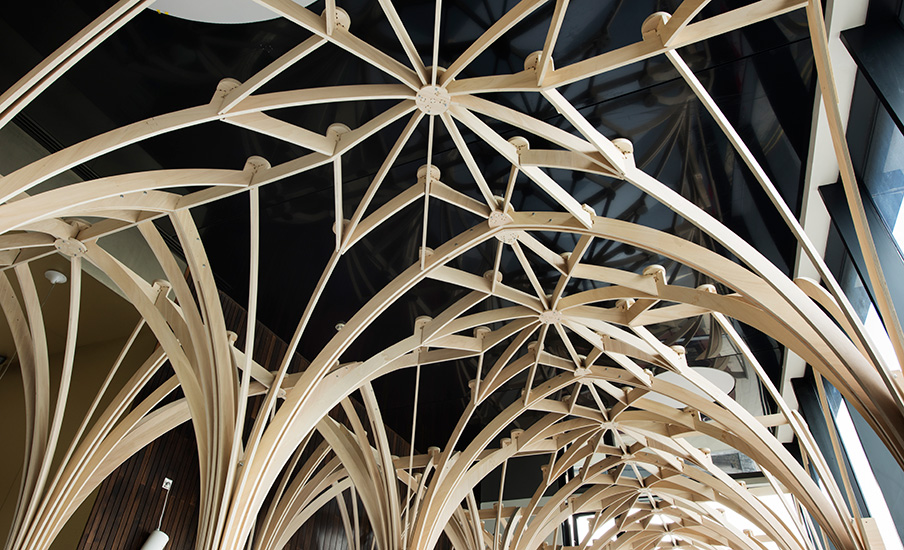 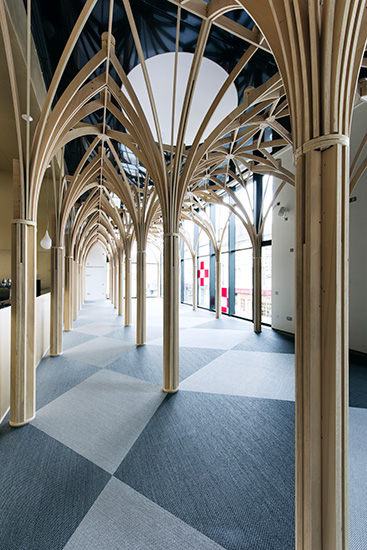 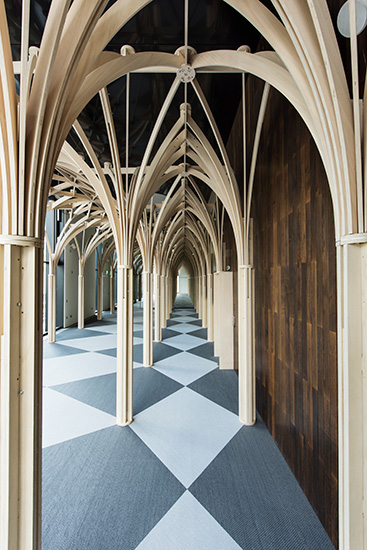 The installation is purposefully immersive, and designed to challenge the visitor to engage with the space’s sensory multiplicity. It’s also an invitation to explore the feelings created by the vertical gothic tree-like forms, and the primal human response to occupy or gather in the ‘clearing’ between.

The forest-like gothic forms have a particularly Anglo-French origin, which the artist felt was appropriate to Folkestone as maybe the historical arrival point for master builders and masons. The Clearing also proposes a connection between gothic architecture and pre-modernist early 20th century central European expressionist architects such as Bruno Taut and Hans Poelzig.

Studio Ben Allen is a multidisciplinary design practice founded in 2014 that operates at the intersection of architecture, design and art. It specialises in creating unique and engaging spatial sequences through an open collaborative dialogue between participants and disciplines, from concept to production.

Having studied architecture at the Mackintosh School of Architecture, Ben worked for Fletcher Priest Architects and Jonathan Tuckey Design before moving to Berlin. There he worked at Studio Olafur Eliason for almost a decade, on projects including Harpa, the Icelandic National Concert Hall, Reykjavik, which won the Mies van der Rohe European Union architecture prize in 2013-14, Your Rainbow Panorama at the Aros Museum, Aarhus and the Serpentine Pavilion 2007.

Ben’s time in Berlin gave him access to a circle of artists including two whose works have in particular influenced The Clearing: Thomas Demand's 2003 Lichtung / Clearing 2003; and Tacita Dean's film Michael Hamburger 2007, in which the émigré poet describes his English apple orchard and the continental roots of the tree / apple species. Ben writes that “Dean’s nostalgic film presents the idea of tree species – like cultures – being the flotsam and jetsam that washes up on English shores”. The Clearing also references the work of the German Philosopher Martin Heidegger.