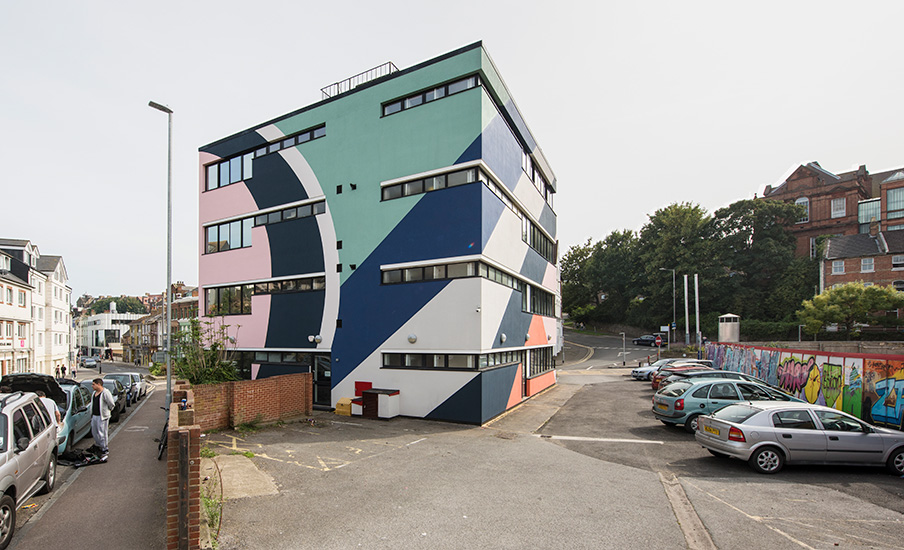 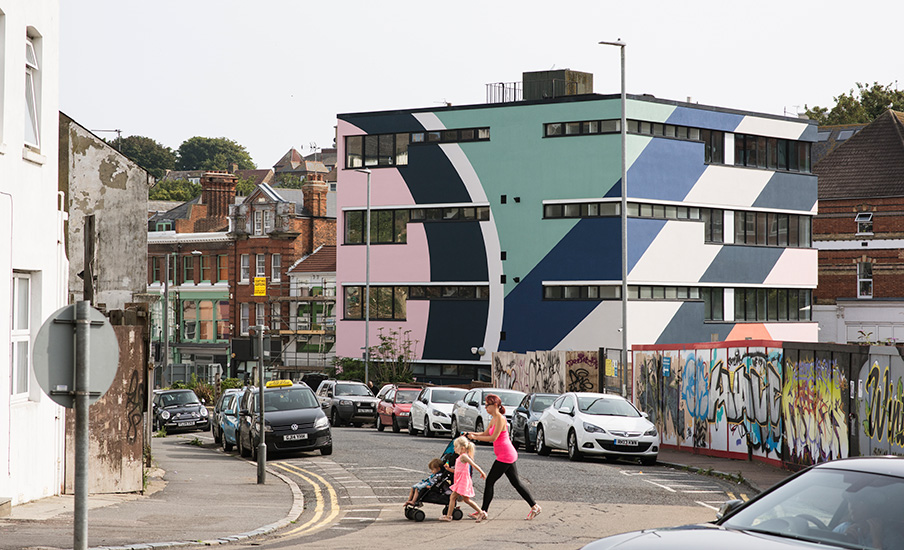 When invited to paint The Cube building, Sinta Tantra aimed ‘to make the building fizz’ by transforming the surfaces of its rather immobile volume. Whilst the colours in her hard-edge paintings usually resonate with those of her Balinese family cultural background, here she uses candy pink, racing green and Wedgewood blue – all found in a poster from 1947 advertising rail travel to Folkestone. The work of Sonia Delaunay was the inspiration for the circle with flowing and broken lines of colour. This eclectic mixture of references suits Tontine Street, a neighbourhood in which migrants from many parts of the world have made their home.

Tantra's bold interventions use colour abstractions that wrap themselves around architectural environments, transforming them in the process. The works are a hybridity of pop and formalism, a bricolage of colour and rhythm, an exploration of identity and aesthetics. Tantra challenges our understanding of geography whilst playing on notions of globalisation / localisation and deconstructing the modern obsession with brand. Themes within the work include the slippage between pictorial and physical space, of turning something 'inside out' and how we as bodies become submerged in surface and structure.

Solo shows include; A Romance of Many Dimensions at Pearl Lam Gallery in SOHO Hong Kong (2016) and Fantastic Chromatic at Kristin Hjellegjerde Gallery (2015).

Tantra is a recipient of many awards including the British Council’s International Development Award (2014); and Deutsche Bank Award (2006), and her work is in the UK’s Government Art Collection as well as private international collections. She has been the Bridget Riley Drawing Fellow at The British School at Rome 2017.

Sinta Tantra was born in New York and lives and works in London and Bali, Indonesia.