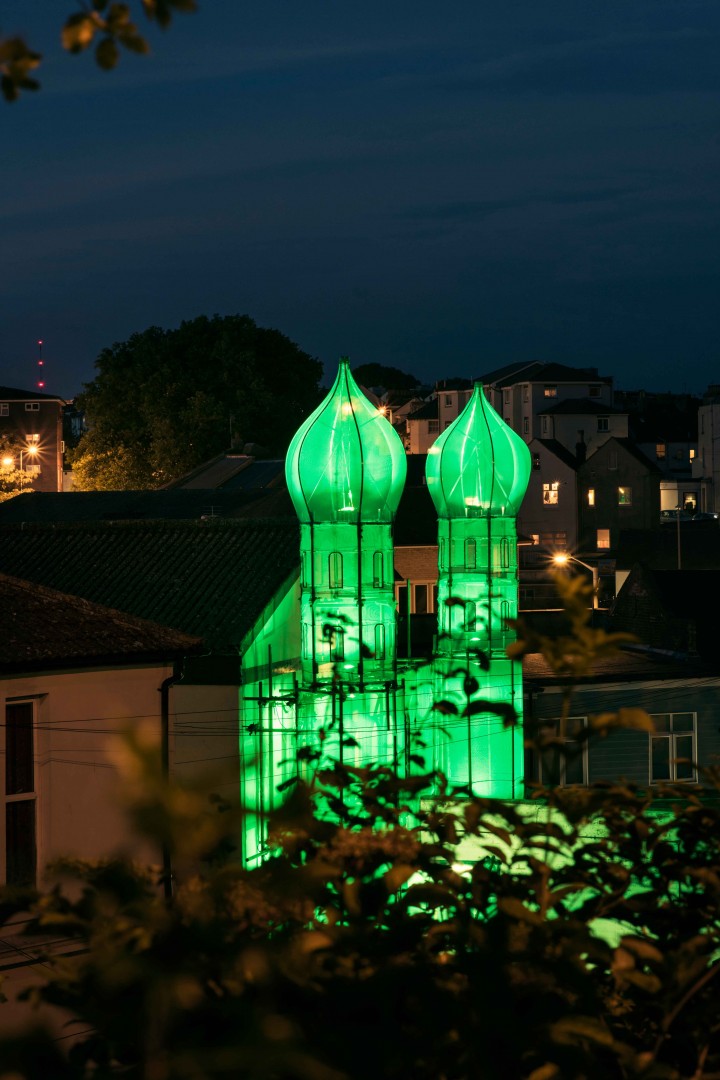 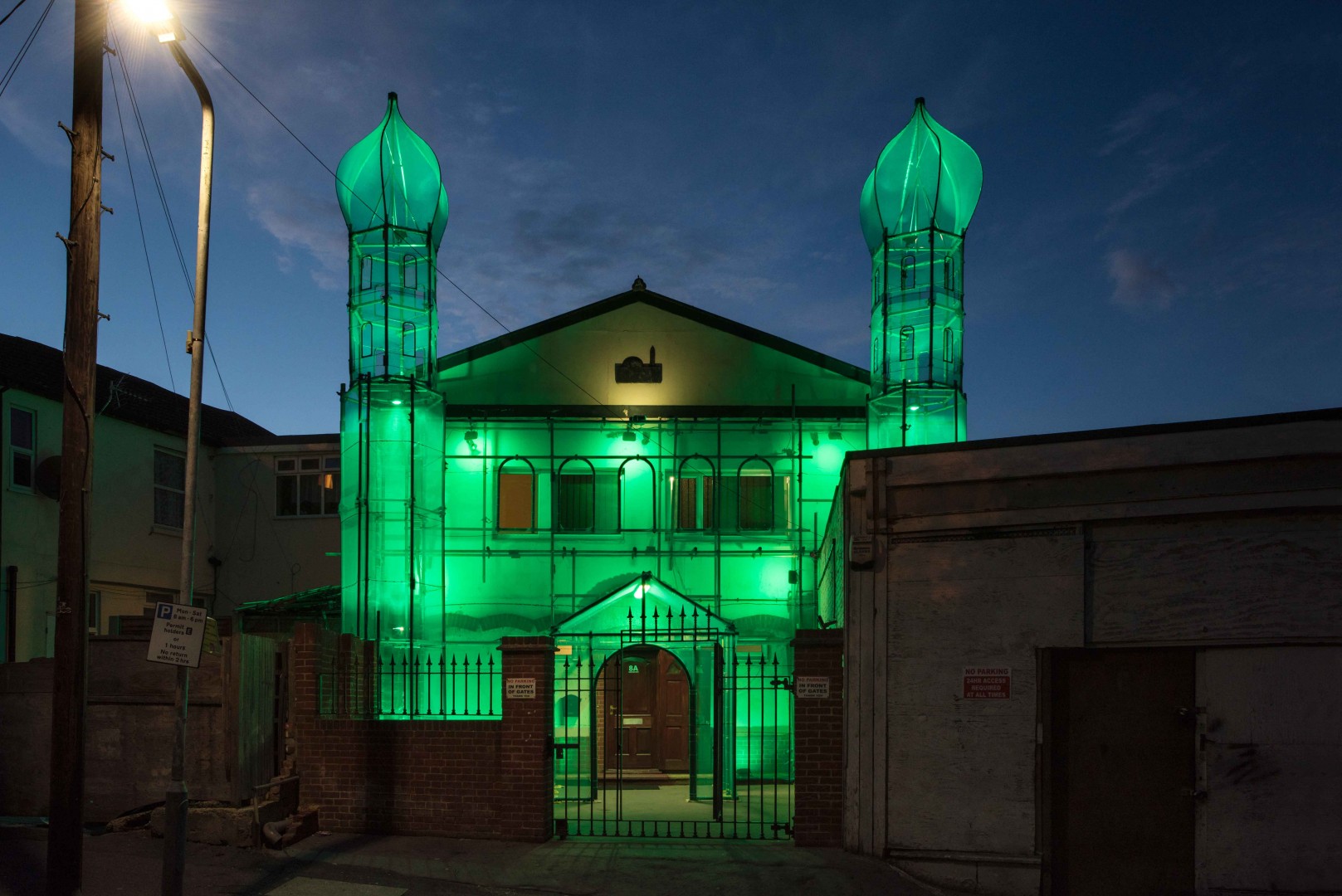 The Islamic Community Centre, housed in an industrial building on Foord Road South, has served as a place of worship for the last twenty-eight years for Muslims within a forty-mile radius, yet remarkably many residents of Folkestone are unaware of its existence. Islam is the dominant religion of HoyCheong Wong’s native Malaysia, so when he visited Folkestone he decided to work with the Community Centre to celebrate its presence. He has remodelled the building by introducing a temporary façade (which lights up at night) with minarets and arches, characteristics of Islamic architecture, making it more beautiful and more visible.

HoyCheong Wong is a visual artist, educator, and political activist concerned with marginalised histories, identity and indigeneity, migration and globalisation. Using popular genre conventions and working in a wide range of media, he has sought to communicate insecurity, the slipperiness that lies between fact and fiction, past and present, and the perpetual reinvention of our own histories.

As an activist, he was a founder member of SUARAM (Suara Rakyat Malaysia), a human rights organisation; and a founder director of Institut Rakyat, a policy think-tank. He has in recent years worked for Parti Keadilan Rakyat (People’s Justice Party) initiating and developing urban regeneration and participatory budgeting projects in social housing for the Selangor and Penang local governments.

Born in Georgetown, Penang, Malaysia, HoyCheong Wong studied at Brandeis University, Harvard University and the University of Massachusetts (Amherst) in the USA.