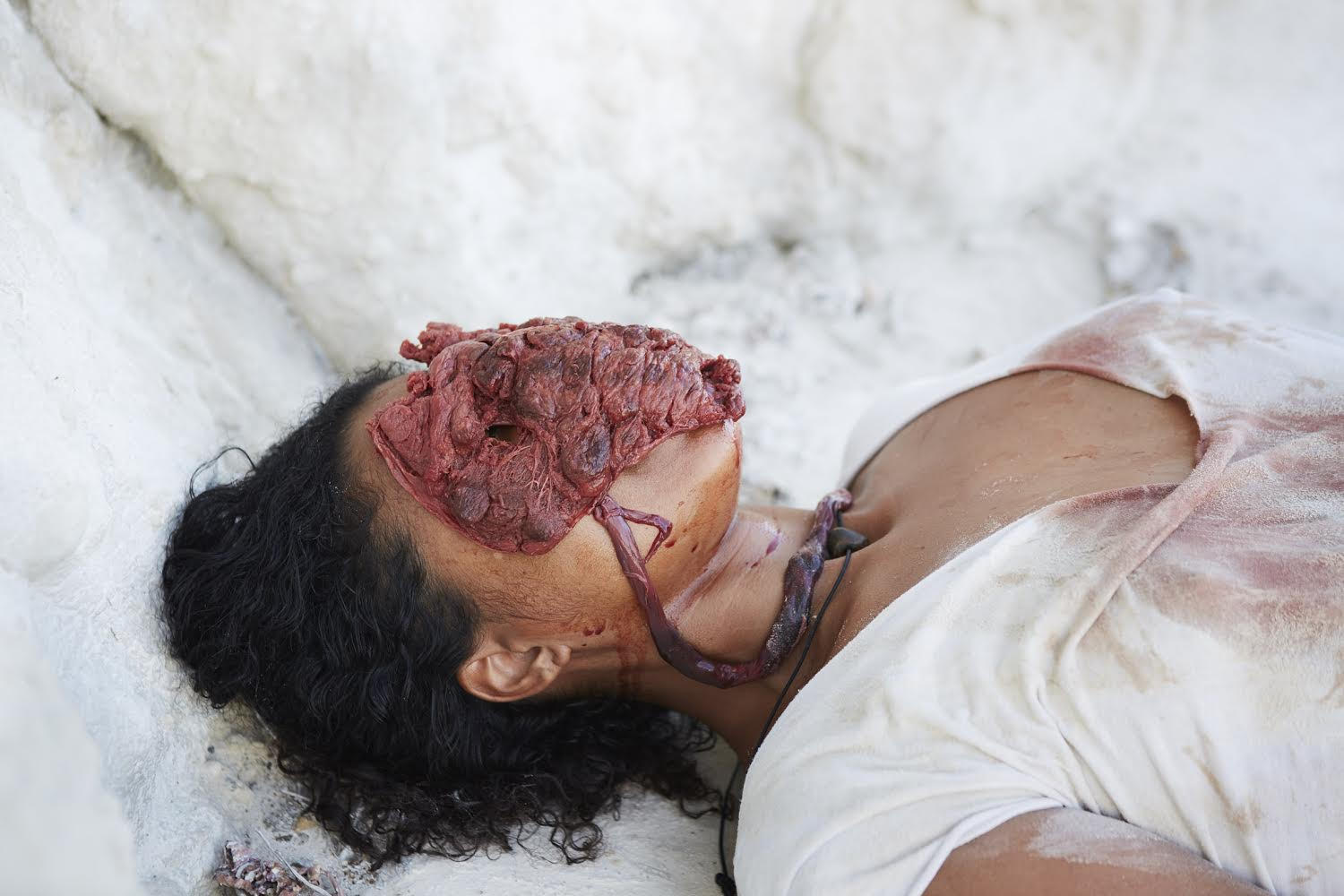 Rubiane Maia is a Brazilian visual artist based between Folkestone, UK and Vitoria, Brazil. She completed a degree in Visual Arts and a Master degree in Institutional Psychology at Federal University of Espírito Santo, Brazil. Her artwork is an hybrid practice across performance, video, installation and text, occasionally flirting with drawing and collage. She is attracted by states of synergy, encompassing the invisible relationships of affect and flux, and investigates the body in order to amplify the possibilities of perception beyond the habitual. By doing so, she is constantly re-elaborating her personal notion of existential territories (spatial, temporal, cognitive, social and political). More recently, she has been researching the concept of memory and its relationship with language and the phenomena of incorporation [embodiment], often making use of personal narratives as a device for action and resilience.

In 2015, she took part at the workshop 'Cleaning the House' with Marina Abramovic and participated at the exhibition 'Terra Comunal - Marina Abramovic + MAI', at SESC Pompéia, São Paulo with the long durational performance ‘The Garden’ (2 months). In the same year, she produced her first short film ‘EVO’ that premiered at the 26th Festival Internacional de São Paulo and 22nd Festival de Cinema de Vitória. In 2016, she worked on the project titled 'Preparation for Aerial Exercise, the Desert and the Mountain' which required her to travel to high landscapes of Uyuni (Bolivia), Pico da Bandeira (Espírito Santo/Minas Gerais, BRA) and Monte Roraima (Roraima, BRA/Santa Helena de Uyarén, VEN). In the same year she completed her second short film titled 'ÁDITO'. Since 2018 she has been working on the creation of a ‘Book-Performance’, a series of actions devised in response to specific autobiographical texts particularly influenced by personal experiences of racism and misogyny.