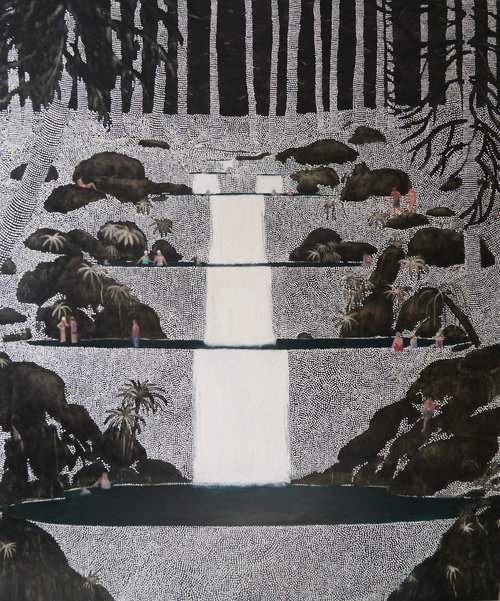 Tom Shedden was born and raised in Crystal Palace in London to Canadian and Australian parents. He graduated from Central Saint Martins in 1997 and began painting in 2005.  His work has its roots in a childhood of foreign travel and adventure, and the impressions left on him from growing up in close proximity to the concrete sphinxes, sculpted gardens and fantastical Victorian dinosaurs that in habit Crystal Palace park.

The depictions of man made amusements and dystopian landscapes in his paintings provide the backdrops to the scenarios, inviting the viewer to imagine the direction in which an adventure may lead. His work can currently be seen in a collaboration between the Saatchi Gallery and the Hyatt Regency in London.